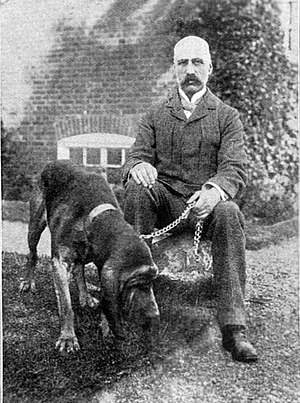 Edwin Brough was a third generator silk manufacturer from Scalby Mills, a small village just outside the seaside town of Scarborough. In his day, he was the most experienced breeder of Bloodhounds, and indeed, was world-renowned for breeding champion dogs. If his name is familiar to readers of these pages, it is likely because of a post about two of his hounds, Burgho and Barnaby, who were invited by Police Commissioner, Sir Charles Warren, to be tested by the Metropolitan Police to find Jack the Ripper.

By the time Edwin married 34-year-old Helen Graham in 1882, he had been breeding Bloodhounds for several years. Three years after the wedding, he commissioned the famous architects, Sugden & Son, to build their home, Scalby Manor (then called Wyndyates) and of course, his kennels. The couple lived there until 1910. 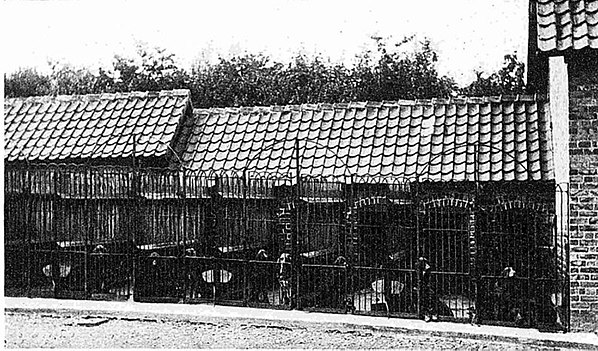 At some point after the marriage, Edwin retired at a relatively young age from Brough, Nicholson & Hall Ltd., the company his grandfather had founded, to concentrate on his hounds and his breeding program. Among the hired help the couple kept was a groom/kennelman to help with grooming, feeding, and daily clean up. If at this point you are a tad envious of Edwin’s circumstances, you aren’t alone.

Brough exhibited three of his hounds at the Westminster Kennel Club Dog Show in New York City, and in partnership with J. L. Winchell, he imported more dogs from Britain.

In 1896, and using some wording that he’d found in earlier descriptions on the breed, Edwin and Dr. J. Sidney Turner published Points and Characteristics of the Bloodhound or Sleuth-Hound. This was adopted by the newly formed Association of Bloodhound Breeders, and ultimately became, with very little change, the ‘official’ breed standard of the KC and the AKC.

Because of a couple of terms found in the standard, we had presumed that either Edwin or Dr. Turner were horseman, but we could find no evidence of it. One would only be guessing that the wording that Edwin had found in earlier descriptions of the breed may have been written by someone who was familiar with horses.

From the AKC breed standard:

“The chest well let down between the forelegs, forming a deep keel;”

“Legs and Feet: The forelegs are straight and large in bone, with elbows squarely set; the feet strong and well knuckled up; the thighs and second thighs (gaskins) are very muscular; the hocks well bent and let down and squarely set;”

Under General Character: “He is very powerful, and stands over more ground than is usual with hounds of other breeds.”

The bold faced words are terms that come from the horse world. And, as a matter of fact, of all the breeds currently recognized by the AKC, the Bloodhound standard is the only one in which the term, “gaskin,” appears. 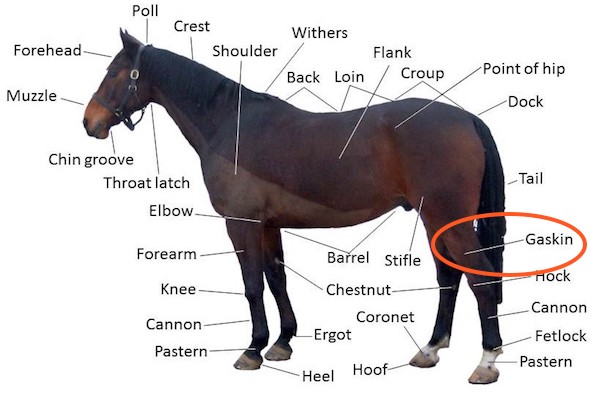 Edwin dispersed his kennels in 1902 when he was only 58 and and moved with Helen to Hastings. Scalby Manor was rented out until it was purchased by the Hodgsons in 1919, and in 1939, they sold it to the Scarborough Borough Council. It was used as a guest house, then became a hotel. Today, it is a restaurant and a pub. As for Edwin, he passed away in 1929.

Top image: Edwin Brough with one of his Bloodhounds. All images are from the Wikipedia page on Scalby Manor