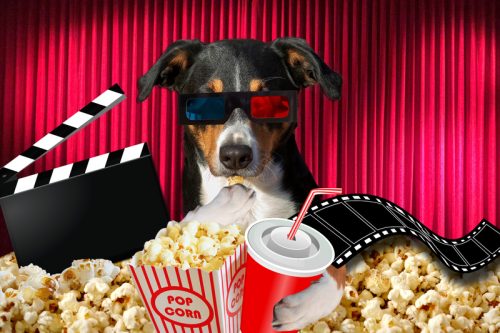 Which breed would you say has appeared the most often in movies and TV?
Credited with 562 film and television appearances, the German Shepherd Dog has twice as many appearances as any other breed. The data comes from Pet insurance website, Protect My Paws, which used stats from the Internet Movie Database. The Number Two breed on the list is the Bulldog which has appeared on screen 284 times. The Poodle comes in at 209 appearances, the Doberman Pinscher with 176, and the Chihuahua which has been on screen 167 times.
All that said, the breed that has appeared in the highest rated films and TV shows is the Border Collie.
Image: Appenzeller Sennenhunddog watching a Movie by © Vincent Scherer/Dreamstime.com