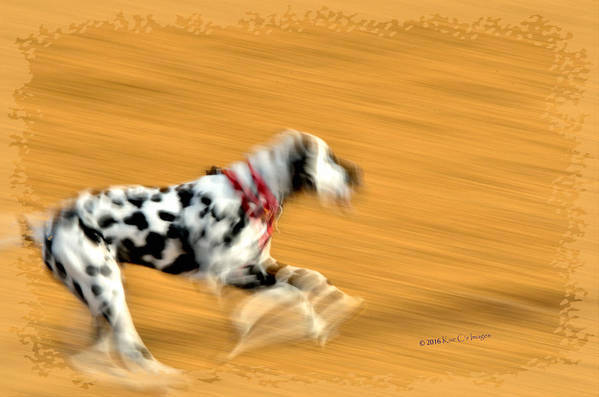 Some of the posts we write – like this one –  are “interactive.” This is to say that we encourage input from readers because we don’t have the definitive answer to something that puzzles us.

Most of us know the “foxtrot” as a dance step from the early 20th century. Before you watch the video clip below, it might enhance your “viewing pleasure,” as they say, to know more about what you’re about to see.

The Foxtrot is credited to Harry Fox who from the age of fifteen did everything he could to stay alive: He was part of the circus, he played baseball, and he sang in vaudeville theaters in San Francisco. After the city’s Great Fire of 1905, he moved to New York where met his wife. The two were seen dancing a step to ragtime music that seem to put everyone in a good mood. Audiences called it “Fox’s Trot,” or  “The Foxtrot.”

It’s an understatement to say it became popular. The famous dance couple, Irene and Vernon Castles, performed it. So did Ginger Rogers and Fred Astaire. It’s even a required step in today’s ballroom competitions. The Foxtrot is described as one of the easiest steps to pick up, but the hardest to master because while it’s written in 4/4 time, it’s very versatile.  The second and fourth beats of each measure are less accented than the first and the third, and the steps aren’t uniform in terms of tempo. They are a combination of both fast and slow steps, the quick steps counting for only one beat, the slow steps for two:

If that looks easy enough to you, take a look at what the step looks like now. The clip below is from the 2020 Russian Ballroom Championship:

Boy, have we ever gotten sidetracked. Back to dogs…..

We came across the term, “foxtrot” in an older book of canine terms, a word we’d never heard applied to dog gaits. The definition:

“An economical and ground-consuming pace, between a walk and a trot.”  When we did a search using the entire definition, we got a lot of “hits,” all of them having to do with horses. We polled our dog friends by sharing only the definition and asking, “What would you call this gait?”

We got some great opinions. A lot of folks said it would be an “amble.” One friend said that since a walk is a four beat gait and a trot is a two beat gait, the term is contradictory since it is neither a pace nor an amble where legs on opposite sides move in pairs.  Another suggested that it would it be called a “rack,” a term used in five gaited Saddlebreds to describe a running walk. And then there was this:

“The fox trot is a broken diagonal gait with a distinctive rhythm that is created by the horse moving its front foot a split second before its opposite rear foot. The fox trot is a smooth gait because the horse is in contact with the ground at all times. A horse that is fox trotting correctly will never have more than two feet off the ground at any given time. On both the front and back ends, the horse will set one foot down as it picks the other foot up and for a moment both feet will be touching the ground.
The exceptional rhythm of the fox trotting horse begins at the tip of the nose with the characteristic headshake and continues back through the ripple of the tail. The diagonal nature of the gait is also what makes the Missouri Fox Trotter extremely sure-footed.”
We circle back to where we started. We don’t have a definitive answer to what you would call “an economical and ground-consuming pace, between a walk and a trot,”  but we have worthy opinions. What say you?
Image: “Running in the Dog Park” by Kae Cheatham is available for purchase as fine art, and in home decor and lifestyle items here