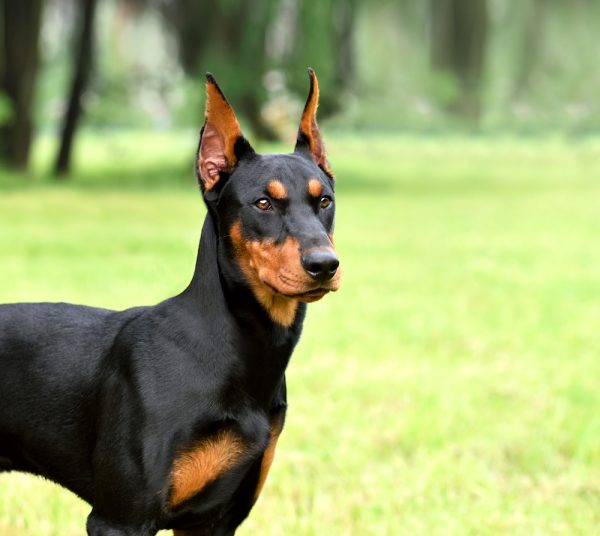 Those of us who own certain coated breeds with a curious and twisted bent often joke that while we’re sleeping at night, our dogs unzip their hairy suits, step out of them, and stroll around the house at their leisure, inspecting the liquor cabinet, rummaging through paperwork, hiding grooming tools, and inhaling the pantry for new food purchases.

Not one breed standard of which we’re aware says anything about invisible zippers, but the Illustrated Standard for the Doberman Pinscher, we think, has a marvelous line referring to the breed’s close lying coat by using a figure-hugging, form-fitting, skintight and body-hugging suit analogy: “The Doberman is elegant in appearance, which is to say the dog appears to be a seamless, balanced whole….the skin fits so tightly that the Doberman seems to be poured into it.”

Indeed, the entire commentary for the breed in its Illustrated Guide is well worth the read for how descriptive it is. Standards are, by necessity, getting shorter all the time as more breeds enter registries, and they doesn’t usually allow for florid talk if they’re to be economical. An illustrated guide, however, should paint such a vivid picture of a breed that the person reading it should feel as if the dog is standing a foot away (in our view, anyway). Consider these two sentences from the aforementioned commentary:

Moving forward, it’s hard to look at a Doberman Pinscher the same way again after reading those two sentences…