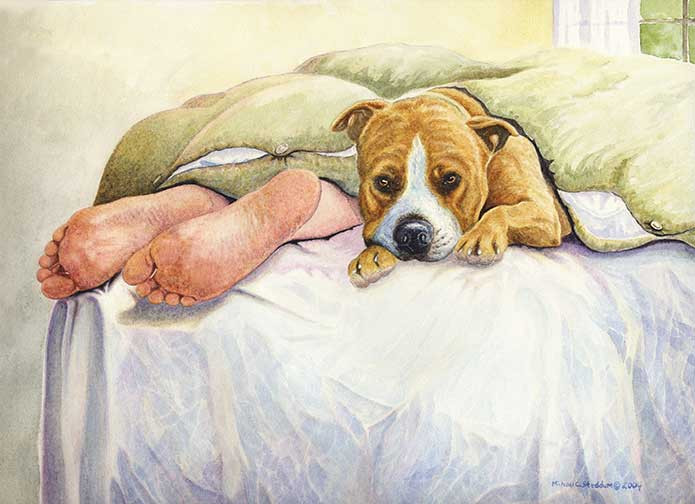 National Purebred Dog Day is always sounding the alarm about breeds at risk, but there’s another warning bell that needs to be sounded, and that’s the slow disappearance of people who really know a breed. They’re the old time breeders and judges, and even if you never set foot in a dog show, the breed you love is impacted by the shrinking number of these people. They have been stewards of their breed, and by remembering what it was intended to do, their memories have helped keep others accountable for what they breed, and what they show. This works only to the extent that those new to a breed hear what their elders are saying. Veterans of a breed are to be cherished, even if they’re not always loveable.  We don’t have to love our teachers, we only need learn from them because it is to us that they pass the torch. We are the future or our breeds.

Some breeds, like the American Staffordshire Terrier, have a very long history. This is a breed whose role in society changed as society changed. We need people with long memories to pass along the “secret handshake” of a breed, and that means knowing the nuances of its history, not just the high points. In the case of the Am Staff, this is a breed that at various times served as catch dogs for cattlemen, all-around farms dogs, beloved companions, and yes, as fighting dogs for immigrants who brought their cruel sport with them to this country.

3 thoughts on “Everything Old Is…….Worth Knowing!”