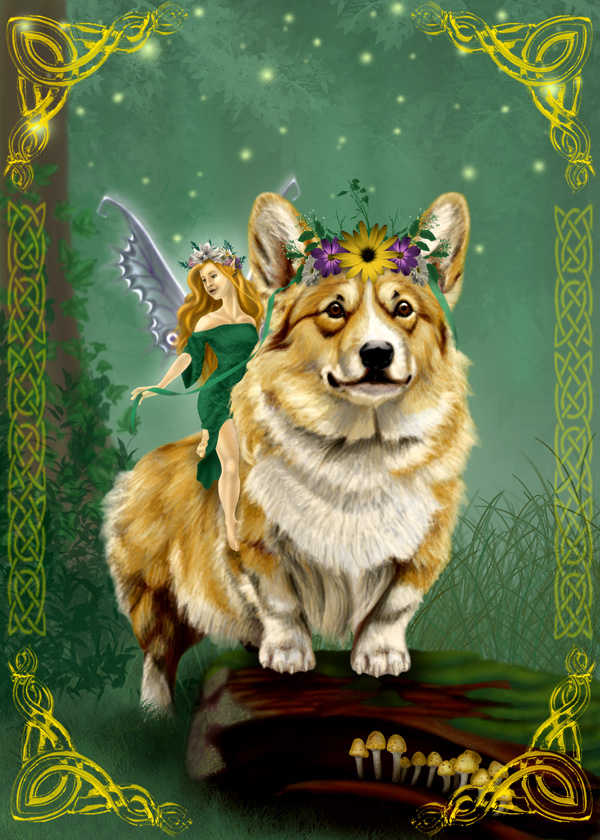 For years – decades, actually, – scientists have been puzzled by hexagonally-shaped patches of bare soil surrounded by rings of tall 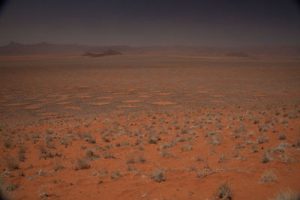 grass appearing in the Namib Desert. Dubbed, “Fairy Circles,” the formation of these circles has been attributed to everything from aliens and poison gas to bugs and wind. We have it on good authority that it wasn’t the work of woodland fairies responsible for the fairy saddles that appear on the backs of Pembroke Welsh Corgis. The fairies used these dogs to pull their carts and carriages, and it’s said that those who have an understanding heart and sharp eye can spot the faint fairy saddle and harness marks on the backs and shoulders of the dogs (what others see as darker hair especially pronounced in the sable color).  The fairies also rode the dogs into battle, and it was as a result of one such battle that two children found themselves owning their own Pemmies. As the story goes, a battle between two warring fairy tribes, the Tywyth Teg and the Gwyllion, resulted in the deaths of two of the former, and it was at the funeral of the departed that two children who’d stumbled upon the funeral were given the “steeds” that had belonged to the departed. A representative of the Tywyth Teg told the children about their dogs: “They are trained warriors in their own right, but they are more than warriors, they are great helpers for the faerie folk.”

The Pembroke Welsh Corgi‘s name underscores its enchanted origins: “Gi” is dog in Welsh, and “cor” is dwarf, so corgi literally means “dog of the dwarfs.” As for the Fairie Circles, scientists are now reasonably certain that they are caused by the combined results of termites and plant competition. Read more about the phenomenon here.

The Fairy Steed by Shiba-Aku; Find and support this artist’s work here.