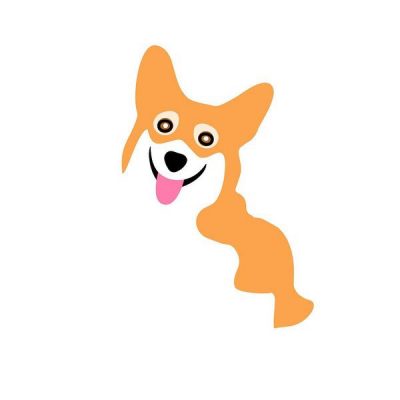 Legends surrounding the Pembroke Welsh Corgi, and the breed’s connection to fairies are well known, but here’s a legend you may not know, and it’s one written by a friend of NPDD!

How The Corgi lost His Tail
By Betsy Copeland

Long, long ago back in the days when the land was new and the
pixies still tied knots in the sheeps tails and tangled the manes of the
horses at night, the Corgi was the steed of choice for the nightly rides
of the Queen of the Fairies. Both Pembrokes and Cardigans had long,
flowing tails and would wag them brightly as they trotted along.
One night though, after a long day of herding, a Pembroke Corgi
decided that enough was enough and that he would rather sleep than
be bedecked with with flowers and carry the Queen. When she
arrived, he snuggled deeper into his bedsack and refused to open his
eyes.
The fairies poked him and prodded him until he heaved a great sigh
and sat up.

“I don’t WANT to go out tonight,” he complained. “I am tired and
grumpy and want to sleep. Find another steed for your evening ride.”
And with that he sat down and put his ears back and , with a steely
glint in his eye, refused to move.

The fairied cajoled, they pleaded, they oredered, they threatened,
they bribed, they yelled, but all to no avail. The Pemmie had made up
his mind and nothing was going to change it.

Finally, in anger, the Queen stomped her tiny feet and tossed her
beautiful hair and shouted out a terrible curse “I will bind your tail to
the ground with my magic so that you are trapped. You will never be
free until you become my slave…..to be ridden when ever I desire!”

Now this did not please the Corgi one bit! He swore a mighty oath to
never give in to threats and began to tug and pull. But alas his tail
was stuck fast to the ground! And HE was stuck to his tail!!

But his tail was stuck fast to the ground and remained there.
He had pulled his tail RIGHT OFF!!! And so, to this day, the
Pembroke Corgi has no tail as a reminder of the dog who defied the
Queen of the Fairies. And, like any other good Welshman, he is still
proud, willful and unintimidated by threats or cursing.

Image: “Smiling Corgi” by Antique Images is available in many formats here.