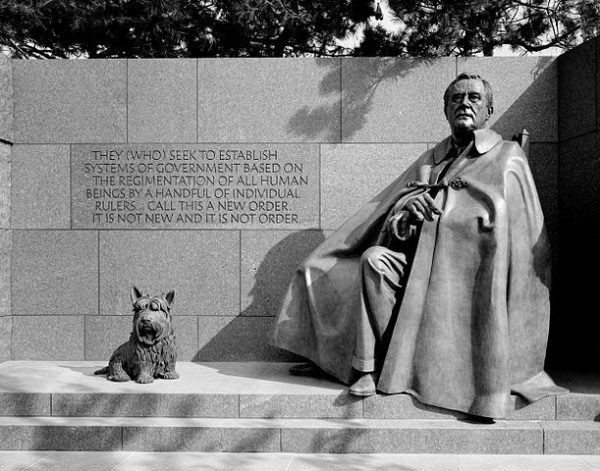 The most frequently asked question by visitors to Hyde Park is, “Where is Fala buried?”

The beloved Scottish Terrier of the 32nd President of the United States died in 1952, and the little dog is buried at the foot of his master’s grave. Theirs was one of the greatest friendships in US political history. Immediately after Roosevelt’s death from a cerebral hemorrhage in 1945, Fala began barking incessantly and running repeatedly, headfirst, into the front screen door until it broke. He jumped through the hole and continued to run and bark until finally, he was spotted sitting on top of a hill, crying and howling. We are devoted dog owners here. We understand.