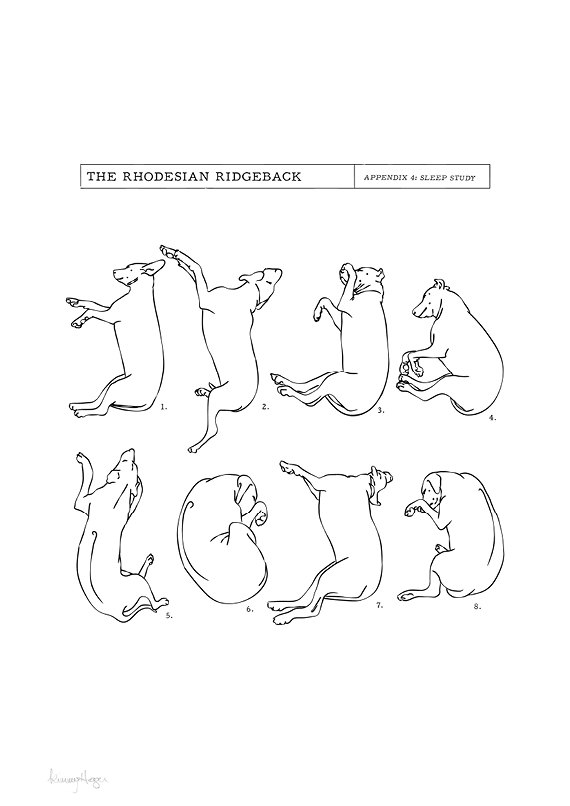 Our favorite explanation for the Rhodesian Ridgeback’s ridge is that it’s the seam left from where God sews them up when he’s done stuffing them. Science, however, tells us that the ridge is a simple autosomal dominant trait which means that only one parent needs to have the ridge in order pass it off to offspring.

Ridgeless Rhodesian Ridgebacks don’t carry the ridge gene at all and can’t produce ridged puppies any more than a Pumi can.

Homozygous dogs (those with two copies of the gene) will never produce a ridgeless puppy, and when a homozygous Ridgeback is bred to a heterozygous Ridgeback, all the puppies will have ridges, but they’ll be different, genetically speaking.

When two heterozygous Ridges are bred together (meaning each dog has copy of the gene, not two) each puppy has a 25% shot at being ridgeless, a 50% chance of being ridged and heterozygous (only having one copy of the ridge gene), and a 25% chance of being ridged and homozygous (having two copies of the ridge gene. All that said, we always defer to breed experts, and never more so than on the subject of breed genetics.

Image: You can get your own copy of “Rhodesian Ridgeback Sleep Study” by Kimmy Hogan here

One thought on “Rhodesian Ridgeback’s Ridge”