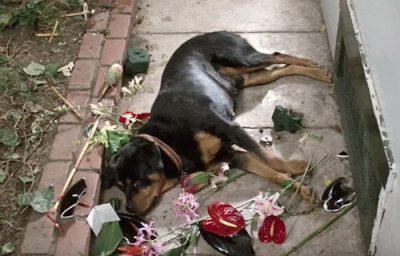 What movie goer can forget the scene from the 1986 comedy, Ferris Bueller’s Day Off, when student dean, Ed Rooney “got his” from the family Rottweiler? Retribution came after the Rooney character used a flower arrangement to knock the dog out cold (a scene the dog pulled off after being given a “play dead” command from trainers as they arranged debris around him).
A few more bits of trivia: