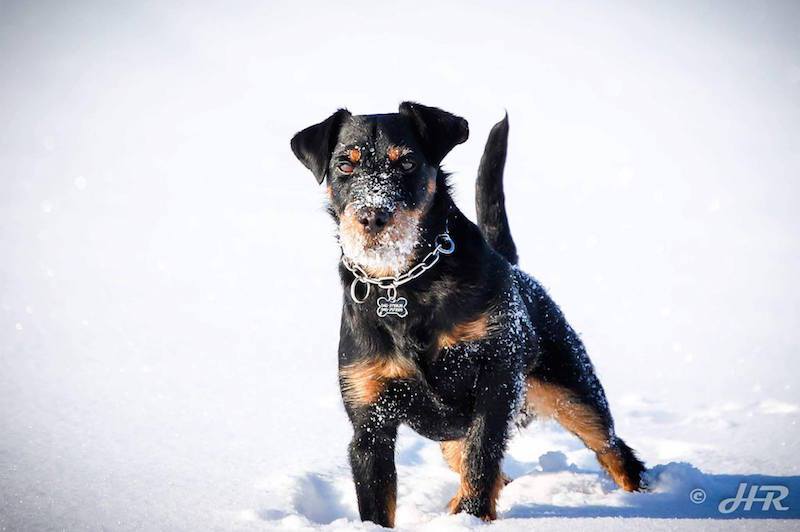 A male warthog can weigh up to 330 pounds, but still run at a speed of almost 33 miles per hour. He has a tendency to run backwards into burrows to escape predators so that predators have to face deadly tusks if they follow it. And about those tusks. They’re nasty. The upper tusks of a Common warthog grows up to 10 or 11 inches long and severely injure a predator twice its size. Depending upon the species of warthog, some also grow lower tusks which are actually the seriously dangerous tusks.

Another member of the swine family is the wild boar, and experienced hunters say that this critter is among the most dangerous animals to hunt. Many have razor-sharp tusks, all have razor-sharp minds.  Extremely aggressive and unpredictable behavior makes an animal that can weigh up to 660 pounds quite lethal.

There is a dog breed that when trained, has tackled both the warthog and wild boar, but given that the dog is a fraction of the size of either, most people are dubious of its abilities. Indeed, the size of what these dogs chase down simply doesn’t matter to them.  One owner said that after looking at her dogs, people often ask (with a bit of a smart ass attitude), “So, what do they hunt? Rats?”

We’re writing about the Jagdterrier, also known as the German Hunt Terrier, and most people think owners are “blowing smoke” when told exactly what these dogs can hunt.  Perhaps a more vivid way of putting it is this way: If the dog can flush it, the game is history.

The Jagdterrier (pronounced yack-terrier) is most definitely not a breed for everyone.  This is a fierce and tenacious hunter capable of challenging not only animals like warthogs and wild boar, but also bobcats and cougars. Weasels, and badgers, while smaller, are also very prickly animals. Squirrels, ducks, and other small game, then,  are no match for a Jagdterrier. If the dog can carry it, he’ll retrieve it. As for wild boar, Jagdterriers successfully corner wild boars by maneuvering themselves from any opportune angle to the side of the boar where the dogs grabs the ear, hangs on, and slows down the animal. Some say that because the breed is more agile than larger breeds, a Jagd is less likely to be injured by the boars. Less body mass also means a small target.

The breed’s agility and size, however, does not a hunter make. It’s said that working Terriers are working Terriers – – – and then there’s the Jagdterrier. A distinct temperament, unparalleled prey drive, and energy level to match makes this a challenging breed to own. In fact, in an interview with Richard Reynolds conducted by Dan Sayers, Mr. Reynolds said, “That temperament is responsible for many Jagds ending up in shelters across the country. The uncontrollable urge to hunt and an energy level higher than anything imaginable means that the average owner lasts about four weeks before giving up and surrendering the dog.”  We hope Mr. Sayers doesn’t mind if we quote one more sentence from his fine interview: The Jagdterrier is a devil on the trail and a demon in a hole. 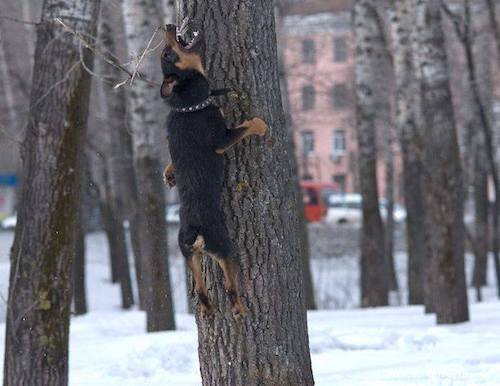 A caveat. We like warthogs. Most try to avoid danger. We also like (from a distance) boars, but both can do serious damage to various crops, and in Africa, are competitors for grazing, as well as a common host of the tsetse fly, a carrier for African sleeping sickness. We aren’t fans of trophy hunting, but understand when a species poses a threat to livelihoods and safety. So, too, there are individuals who hunt because they choose to eat meat they see as unadulterated, free of hormones, preservatives, etc. We won’t condemn those who hunt humanely, particularly when some of the meat we buy from most grocery stores is said to be harvested far less so.  This, however, isn’t a forum for any aspect of this post other than discussing the marvelous Jagdterrier.