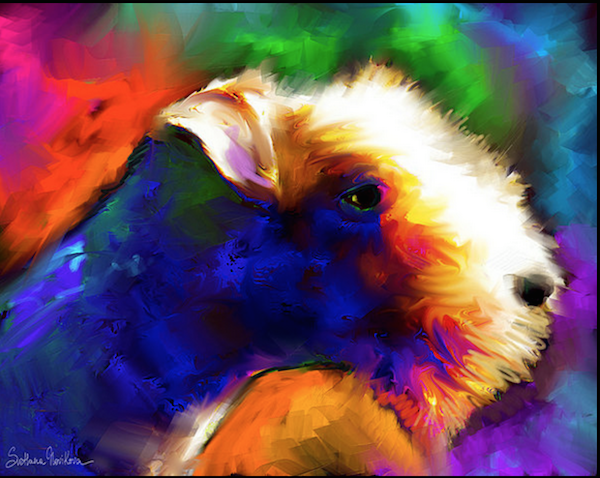 Tug on a strand of political history and you’ll often find something about it that impacted dogs. Some of us will remember learning about England’s “Enclosure Movement” from our history lessons. It existed between the mid 18th and 19th century and was a push to take land that had once been used by all members of a community to graze animals or grow food ((common land, you could call it), and convert it into privately owned land. Fences, walls and tall hedges usually followed because the government and aristocracy claimed that enclosing the land would result in more efficiently farmed crops and improvement in raising animals, particularly sheep.

A bloke named Robert Bakewell developed Improved sheep breeds, but as we see it, his greatest impact was on how livestock was kept. Before Bakewell, cattle and sheep of both sexes were kept together in fields where they randomly bred. It was Bakewell who separated the males from female, allowing only selected animals to breed. By deliberately breeding livestock and selecting for desirable traits, Bakewell created new and “improved” breeds of sheep. It wasn’t long before his “selective breeding” of sheep was applied to other farm animals, and eventually into the world of dogs. Many of today’s breeds were either created or improved as a direct result of the selective breeding practices learned with cattle, sheep, chickens and pigeons.

It’s possible that the Lakeland Terrier may have been among the breeds impacted, a breed originally bred to hunt and kill foxes that preyed on sheep during the lambing season in Northern England’s Lake District. It was also

generally regarded as a farm dog that could be “broke to livestock.”