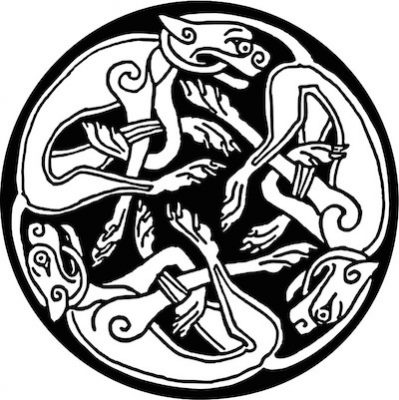 Scroll down to the video to see what about the Tyroler Bracke makes us want to do something few people can do:

It’s probably the breed’s name. Though the Tyroler Bracke has been known throughout the Alps since the Middle Ages, few outside of Austria are familiar with a dog developed to work in Austria’s high altitude even though they’re said to be descended from a famously legendary dog, the Celtic Hound. And here is where we take an unexpected turn. 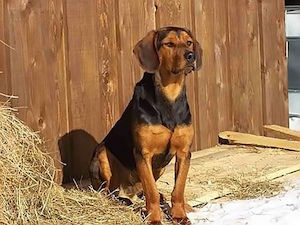 This is a post about the Celtic Hound, not the Tyroler Bracke. The Celtic Hound, famous for its prominence in Irish legends, can be found in the designs of Celtic jewelry that some of you might be wearing right now. For centuries, they were symbols of hunting and healing, and were regarded as guardians on the road to the Otherworld. In a very different time, Irish Filidh (seers) chewed on the meat of a hound ritualistically to be given vision into the future.

More to the point, Celtic Hounds are believed to behind many of the breeds we love today. If you have a Greyhound, Galgo, Scottish Deerhound, Irish Wolfhound or Borzoi, we think you’d want to know what courses through their veins.