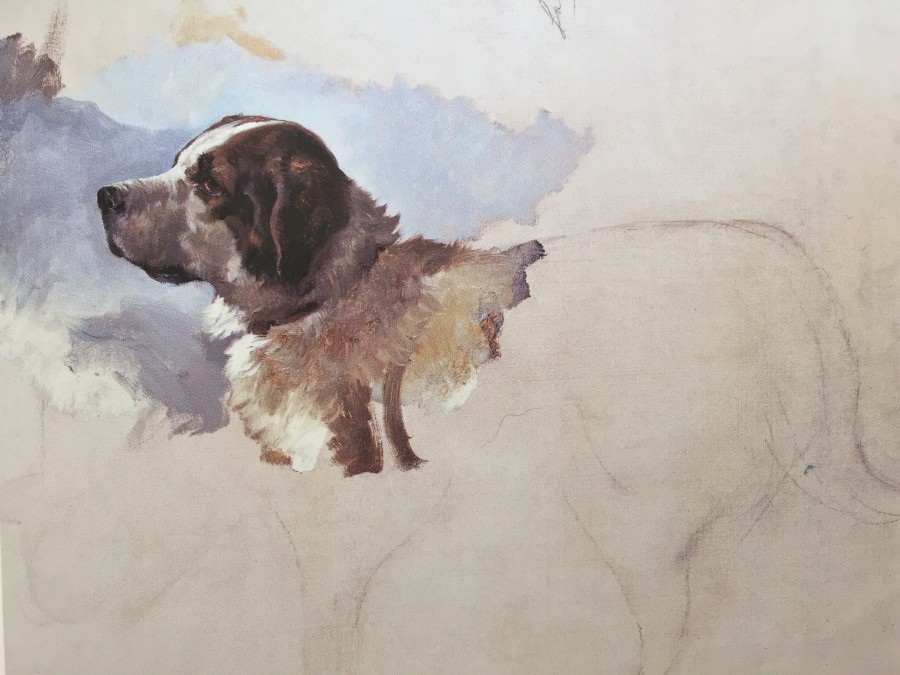 Movies popularizing a breed isn’t really anything new, it’s just that the medium is modern and the audience is huge. This sort of thing happened hundreds of years ago as well when royalty got their hands on a breed.

When Louis XIV designated the Great Pyrenees the Royal Dog of in France in 1675, every Frenchman of noble birth had to have one. Things moved considerably slower in those days, but eventually, the demand wasn’t confined to French nobility. In 1824, General Lafayette introduced the first pair to America by bringing two males to his friend, J.S. Skinner, author of “The Dog and the Sportsman“. Also in the 19th century, Queen Victoria was gifted one of the first Great Pyrenees to be brought to England, a dog named, “Gabbas.” Victoria commissioned Thomas Joy to paint Gabbas’ portrait, and the image seen here is a preliminary sketch. (the final painting is in the collection of Her Majesty, the Queen).
Lady Sybil Grant, daughter of Lord Roseberry brought the first Pyrenean Mountain Dogs to England for breeding purposes in 1909, but it would be twenty-six years later before Pyreneans were bred again in England (at the de Fontenay Kennel at Hyde Heath, Amersham).
You can see the final version of this sketch here.