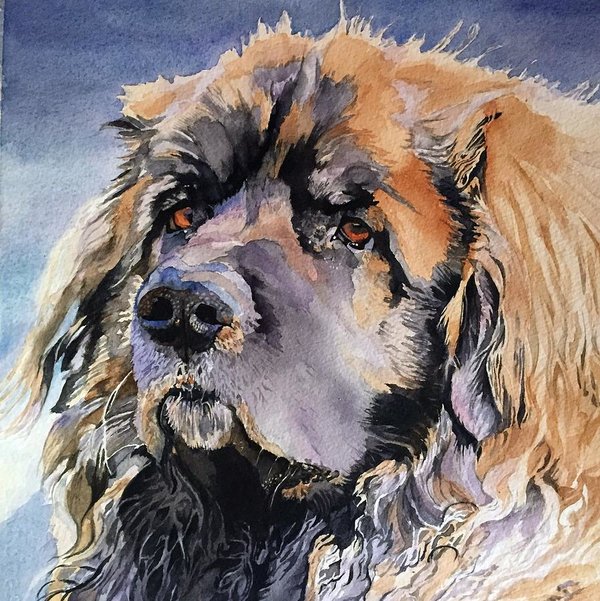 We’ve had a decidedly “Westminster” feel to our posts this week, and as we come off the purebred dog lover’s high that was Westminster Kennel Club Dog Show, we revisit one memorable moment below.

Two year old “Dario’s” antics completely charmed the audience at the 2016 dog show and won over people unfamiliar with the Leonberger, though it may have cost him a higher placement since it’s difficult to evaluate movement in a dog trying to insert his nose into a moving suit coat pocket. Still, because of Dario, we suspect more than a few people ran to their computers to learn more about his breed.

Dario’s appearance was far from being the breed’s first time on the green carpet. Though the Leonberger wasn’t officially recognized by the AKC until 2010, the breed appeared at Westminster far earlier. Leos were listed in show catalogs and AKC Stud books from 1887-1902, and participated at Westminster in 1879, 1880, 1883 and 1884. News of the breed’s existence was aided by “Sultan” and “Caesar,” a pair of Leos belonging to a show business couple. Bred by the breed’s creator, Heinrich Essig, himself, the dogs appeared in live theatre productions throughout America around the turn of the century. Essig was a consummate promotor, and by donating Leonbergers to royalty and celebrities, word of his canine creation spread.  Who could fail to notice the gentle giant “lion dogs”* owned by the Czar of Russia, the Prince of Wales, King Umberto of Italy, or the general, Garibaldi? Empress Elisabeth of Austria alone owned seven Leonbergers!

*The Leonberger gets his name from the city of Leonberg in Baden-Württemberg, Germany where, according to legend, Heinrich Essig bred it to be a “symbolic dog” that would mimic the lion in the town crest.

“The Noble Balto” by Stephannie Snell is available in print here.