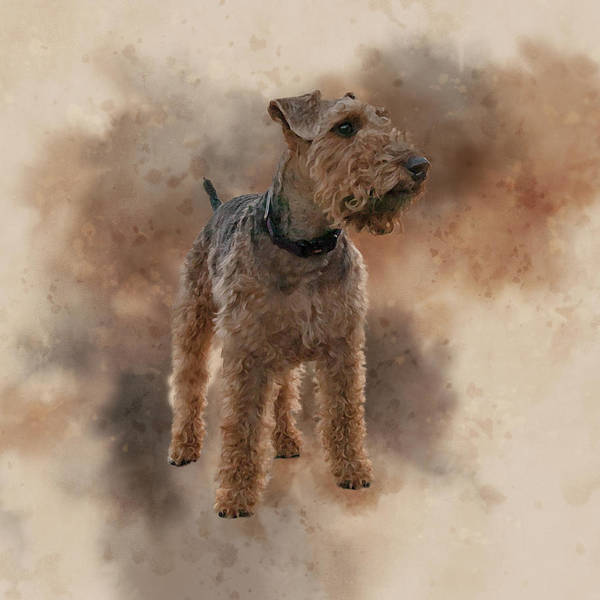 Some non-doggie readers may not fully understand what “gameness” is in a dog. Allow us. Gameness is the strong drive that compels a dog to keep digging, ratting, hunting and working despite being wet, cold, injured, ill or tired. When other dogs gave up, a “game” dog keeps going. That dog is usually a terrier.

“Game, not quarrelsome” is often applied to the Welsh Terrier. Most Welshie fanciers describe their breed as a bit calmer than some other terriers, but we ask you: Would you go after a badger armed with nothing more than the coat you’re wearing? Historically speaking, that is what a Welsh Terrier did. For well over two centuries, the Welshman was bred to be an “earth stopper,” a dog that would go to ground or into caves to do battle with dangerous opponents. Indeed, the breed was late to the show ring because it was actively being worked in the field, particularly in northern Wales, and often in packs.  John Jones, the squire of Ynysfor, specialized in the use of Welsh Terriers, and this particular line can be traced for over two hundred years. Like Jones’ terriers, dogs that followed were bred for courage far greater than was needed in other types of dogs.

We came across another description for the breed in an old dusty dog book, “Gwell angau na cywilydd.” To unpack this Welsh phrase, we turn to the Royal Welsh, Wales’ oldest and most decorated regiment, and the Army’s most experienced armored infantry unit. The history of the Royal Welsh covers over 350 years. It is a key part of the only war fighting division at continual operational readiness in the UK, and has been in nearly every major campaign the British Army has participated in.  The Royal Welsh motto is “Gwell angau na cywilydd, the same phrase we found applied to the Welsh Terrier in that old book. It means “Death rather than Dishonor.”

Few today would ask that of their Daeargi Cymreig (the breed’s name in Welsh), but that “terrier fire” burns no less hot.

Image: Welsh Terrier by Catherine Avilez is available as fine art, and in lifestyle and home decor items here