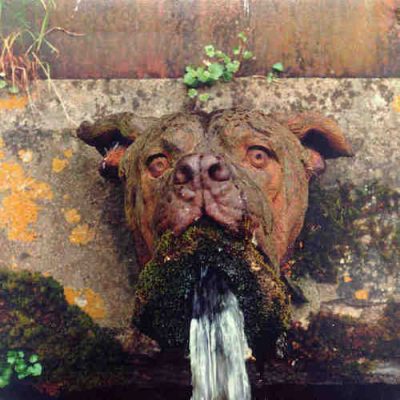 So apparently, today is National Devil Dog Day.  Who knew.

We’ve all had brushes with a “devil dog.” Maybe it’s an adolescent puppy who seemingly chews everything, barks at everything, has accidents on everything, and finds every possible way to exasperate us. Dogs like this don’t feel as if they were whelped as much as spawned by Lucifer.  But did you know that “devil dog” also refers to what some say is greatest fighting force on earth? And yes, there’s a purebred dog in this story.

“Devil Dog” became synonymous with the US Marine Corps after the Battle of Belleau Wood that took place in France during the First World War. It was the first large-scale battle fought by American forces that ultimately stopped the German advance toward Paris, but at a terrible cost. After three weeks of fighting, the Marines took over 9,000 casualties: 1,062 were killed in action and 7,253 wounded, according to the Marines History division.  The Marines had fought through the better part of five German divisions with such ferocity that the Germans nicknamed them, “Teufel Hunden,” or Devil Dogs, out of respect and admiration. 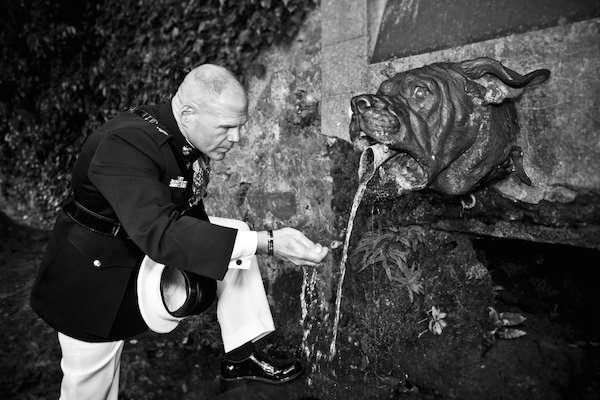 From the Marine Times: Photo of Gen. Robert B. Neller at the Devil Dog fountain after the American Memorial Day ceremony in 2016. By Staff Sgt. Gabriela Garcia

In the town Bellau Wood was a fountain that featured the head of a Bullmastiff. The water flowing from its mouth is 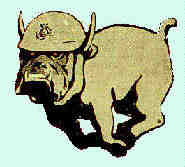 the belle eau for which the town was named. As the story goes, when grimy and sweaty Marines first entered the town, by then largely abandoned, they must have been relieved to see clear, cool water flowing from the mouth of the dog.  It’s said that the Marines filled their canteens and raised their aluminum cups in a toast to fallen comrades, and to their new nickname, “Devil Dogs.” The symbol stuck, and images of helmeted dogs began showing up in recruiting posters and in the letters Marines wrote back home. To this day, Marines travel to Belleau Wood to drink the water from the “Devil Dog” fountain not only in honor of those who had died, but in the superstition that those who drink from the water will receive strength and protection in battles to come. As for the fountain itself, it’s believed that the Bullmastiff represented one of the hunting mastiffs for which the Chateau of Belleau was famous.

One thought on “Happy WHAT Day?”