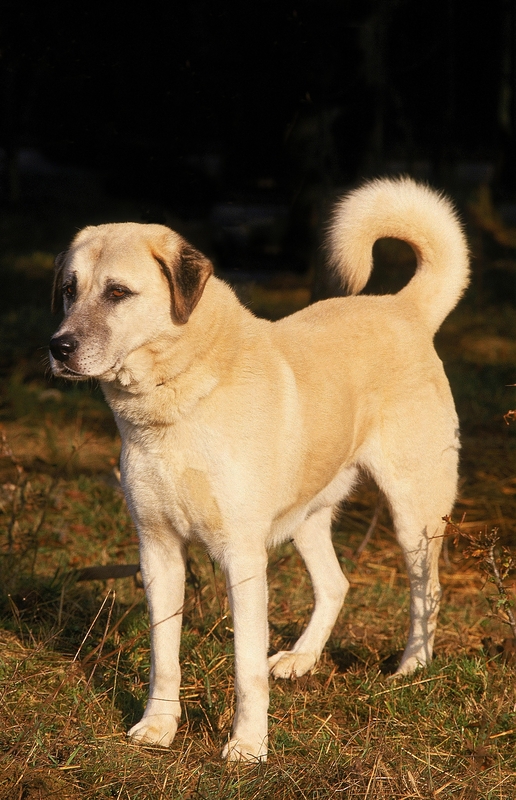 It might surprise even those who think they know different dog breeds pretty well that the Great Pyrenees isn’t the only breed whose standard refers to the dog’s tail as “making the wheel” when it’s carried over the back.

The Anatolian Shepherd Dog has a tail that should be set high, and be long enough to reach to the hocks. When the dog is relaxed, the tail just “hangs out,” which is to say it’s carried low with the very end curled upwards. When the dog is attentive and watchful, that tail is carried high, and this is when it forms a “wheel.” Both carriages are acceptable in a show ring, but judges are wise to know that some tails have curls that never fully straighten out, no matter what the dog’s mood is, and in that regard, it’s similar to tails found in some Pulik: The dog has such a tightly curled tail that he or she experiences real discomfort if their tail is uncurled and a judge attempts to “straighten it out.”

As for the “heart like a wheel” reference,  we borrowed the phrase from the song lyrics for no particular reason: