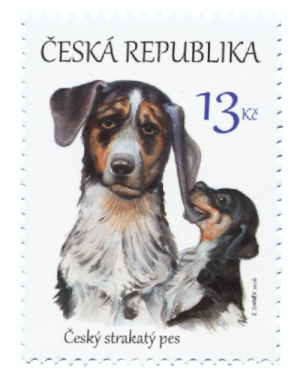 In dog circles, František Horák is known as the “father” of the Cesky Terrier, a breed he created expressly to hunt in the forests of Bohemia.  But it was not the only breed he created.

By training and education, Horák had a business background and worked as an accountant until 1948. That year, everything changed in his home country of Czechoslovakia when the Communist Party took control of the country. Horák found himself out of a job, but spent his time researching and recording pedigrees with the Kennel Club, not an unpleasant pursuit for someone as interested in dogs as he was. Communists, however, felt that every citizen had to work, even if it was a position for which they had little aptitude, interest or training. In 1952, Horák was made a technician at the Czechoslovak Academy of Science where he stayed until he was seventy-six years old. In the beginning, however, Horák worked with Professor Servit whose work centered on research into epilepsy.

An inherent interest in dogs coupled with the work being done in the laboratory lead to Horák to create a breed specifically for medical experiments such as kidney transplants and epilepsy research. The dogs had to be the right size, and have a smooth coat, good nature, and not require much food. A sable colored mixed breed female named “Riga” was bred with a tri-colored mixed breed male, “Misi” in 1954; with occasional introductions of German Shorthaired Pointer, Bull Terrier and Pointers, resulting puppies were further bred selectively until a new “fixed” breed with a brown coat and spots could be bred predictably. Though the breed would eventually be called both the Bohemian Spotted Dog and the Czech Spotted Dog, its original – and unfortunate name – was the Horak Laboratory Dog.

Information at this point is confusing. Several sources write that there is minimal evidence of experiments done on the dogs at the Institute where the breedings took place, but others say that there was evidence of tissue transplantations including a note by Horák, himself. We also couldn’t find additional sources to verify that in 1960, a breeding standard was approved,  and the breed was registered with the Czechoslovak Small Animal Breeding Union as “Horák’s Laboratory Dog.”

What’s less in contention is that few people knew of the breed because Horák’s Institute laboratory was the only place the dogs were ever seen. The first public appearance took place at the National Working Dog Breeds Exhibition in Prague on August 27, 1961.  By the late 1970s, the Czechoslovakian Academy of Science reduced the number of experiments using the breed, and private breeders started to consider actually breeding the dog. Administrative delays, however, led to most of the 40 breedable dogs dying of old age, and only a few dogs made it to private breeders. One private breeder did manage to whelp and raise a litter in 1981, but only six dogs remained in the 1990s: Three dogs with verifiable documents (“Argo Stribrecky Rybnik,” “Car Voderadsky Haj,” and “Artis z Nadejneho Chovu”) and three bitches (“Peggy,” Cilka,” and “Betyna”) whose paperwork had been lost owing to frequent changes of ownership.

Little surprise that the Bohemian/Czech Spotted Dogs nearly became extinct. Despite our post title, however, there is a happy ending for the breed.

Those six dogs became the basis of renewed breeding, and another litter of pups born in 1994 gave the breed new hope. Careful efforts have increased their numbers, and presently, the number of active kennels (around twenty), as well as the number of dogs participating in dog shows is growing. 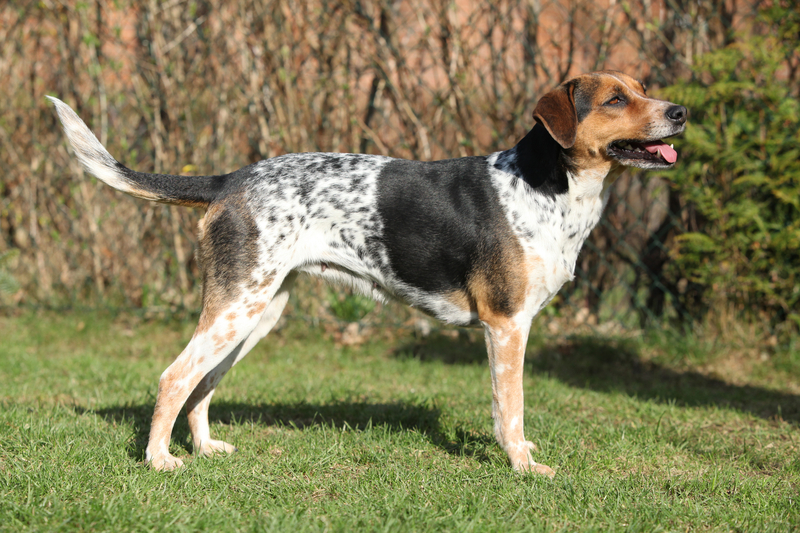 The breed is described as an absolute joy: Kind, likeable, tolerant, and eager to please – all qualities deliberately bred in to make the dogs easy to deal with in a laboratory.

The breed isn’t recognized as yet by any major registry, though breeding it is organized under the authorities of the Association of Czech Spotted Dog and the Kennel Club for Rare Breeds, both members of the Ceskomoravska kynologicka unie (CMKU) which in turn is a member of Fédération Cynologique Internationale in Belgium.

For its painful beginnings, we’re rooting for this breed.

Image: Postage stamp of the breed designed by Zdeněk Daněk and issued by the Czech Republic on February 3, 2016