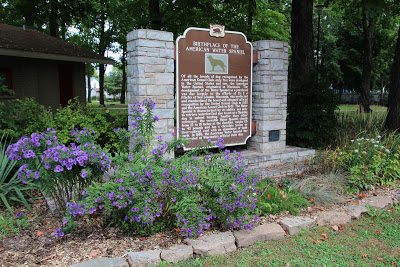 We pass them by all the time without notice, unless, of course, we’re looking for them. 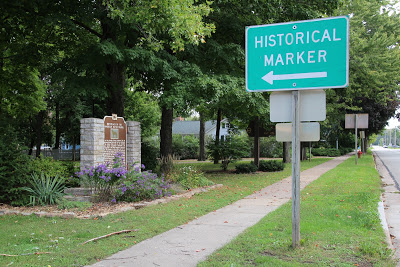 We’re talking about historical markers, commemorative plaques made of metal, ceramic, stone, or wood that call attention to something of historic interest that happened at that spot or in the area. The Historical Marker Database believes there to be around 118,334 such markers in the United States, but hundreds are added weekly as they’re discovered by the organization of self-directed volunteers.

In 1988, the Wisconsin Historical Society erected Marker #282 between at the junction of Beacon Ave and Division St. New London, Wisconsin. It marks the city as the birthplace of the American Water Spaniel. The marker reads: