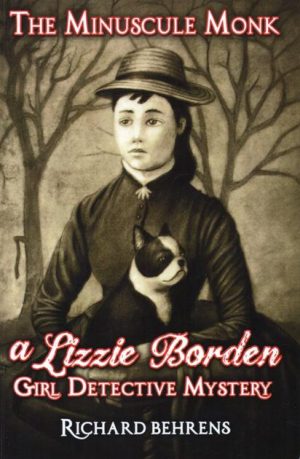 Lizzie Borden took an axe
And gave her mother forty whacks;
When she saw what she had done,
She gave her father forty-one.

It was the murder that got considerable attention in 1892 not only for its gruesomeness (Andrew Borden’s face had been hatcheted into nearly two halves, while the head of Lizzie’s stepmother, Abby, was smashed to pieces), but because the prime suspect was their thirty-two-year-old daughter, a sweet-looking Sunday school teacher –  and a woman.

Lizzie’s guilt or innocence drew the whole country into the case, and in her own town of Fall River, Massachusetts, cultural, religious, class, ethnic, and gender divisions shaped opinions. The Women’s Christian Temperance Union and suffragists had Lizzie’s back and pointed out that she would not be judged by a jury of her peers at trial because women, as non-voters, didn’t have the right to serve on juries.  Legals eagles, such as the attorney general who typically prosecuted capital crimes, and the district attorney both believed in her guilt.  The people who counted, however –  the jury –  had little trouble in determining that Lizzie could never commit such a heinous crime, and after 90 minutes of deliberation, their verdict was “not guilty.”

As for motive, that is also the object of speculation. The Bordens were very wealthy, and some have suggested that Lizzie was either upset about matters of property transfer, or simply didn’t want to wait for an inheritance. There was also a revenge factor.  Lizzie had recently built a roost for pigeons, but Andrew Borden was said to have killed many of them with a hatchet out of concern that the birds were attracting local kids to hunt them. 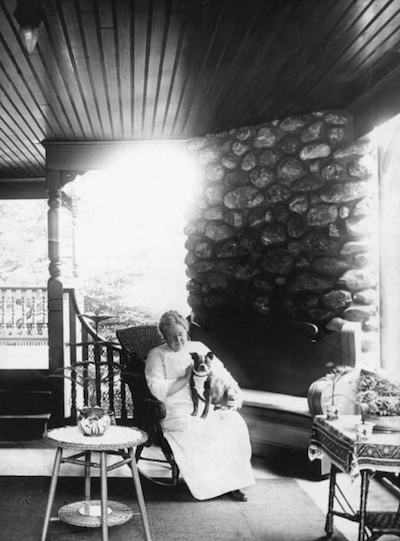 The case still fascinates people today, and there is more to it than what we’ve presented here. The Smithsonian Magazine offered an interesting point of view that you can read here, while this piece offers all the reasons to believe that “she did it!” A third article we came across included photos of the crime scene. The Internet offers up a gold mine of results, but our interest in the matter centers around Lizzie’s dogs.

The fact of the matter is that Lizzie loved them, and had a particular fondness for Boston Terriers. Before her death in 1927, she owned three of them, “Royal Nelson,” “Donald Stuart,” and “Laddie Miller”

In 1913, Lizzie was persuaded by Helen Leighton and Gertrude Baker to help create a shelter to care for abused draft horses. A shrewd move: Her father was worth almost $10 million in today’s market, and Lizzie and her sister Emma inherited a significant portion of it. Lizzie helped fund the center called Animal Rescue League,  and in 1917, it expanded its mission to cats and dogs.

Lizzie bequeathed funds to the Animal Rescue League (now named the Faxon Animal Care and Adoption Center) upon her death if they agreed to take care of her three dogs for the rest of their lives. They did, and the three dogs are now buried in the Pine Ridge Pet Cemetery in Dedham, Massachusetts under one headstone with the words “Sleeping Awhile.” The center continues to receive money from the estate to this day. It also receives donations from the Lizzie Borden Bed and Breakfast Museum – the family home and scene of the crimes.

Our top image comes from the cover of “The Minuscule Monk, a Lizzie Borden, Girl Detective Mystery” by Richard Behrens;