History doesn’t tell us much about the first dog in an American hot air balloon flight other than that he or she was little and black.  We fill in the blanks by assuming that the dog must also have been very game and trusting to get on a contraption never before seen in the sky back in 1793. That’s when Jean-Pierre Francois Blanchard (and his little dog, too) got on the first manned hot-air balloon flight in American History. As they floated above Philadelphia, Pennsylvania, President George Washington watched the balloon stay in the air for about 15 miles and 45 minutes. While the very first “aerostatic” flight in history had taken place ten years earlier in France,  Blanchard’s flight sparked national interest in ballooning. Who would have guessed back then the fanciful shapes that modern balloons would take?

Needless to say, hot air balloons have also been dogs. Churchill Insurance had their Bulldog balloon appear at the 34 Bristol International Balloon Fiesta in 2012: 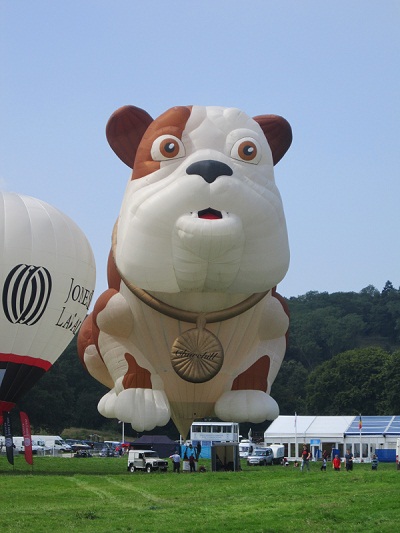 Bark Box had the world’s largest Beagle-shaped hot air balloon made, a creation they named Beagle Maximus. Also known as “Max,” the gigantic dog appeared at the Balloons Over the Lakeshore event in Manitowoc, Wisconsin in 2014: 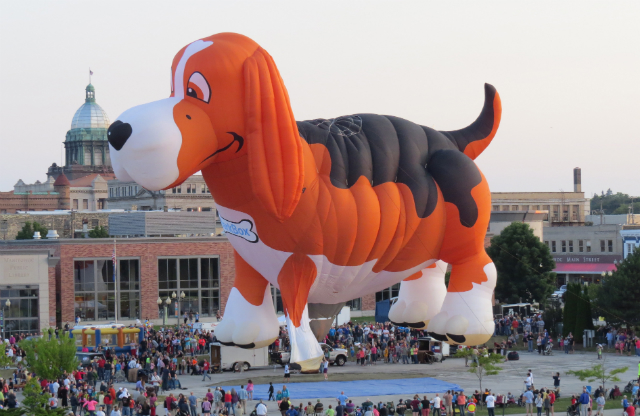 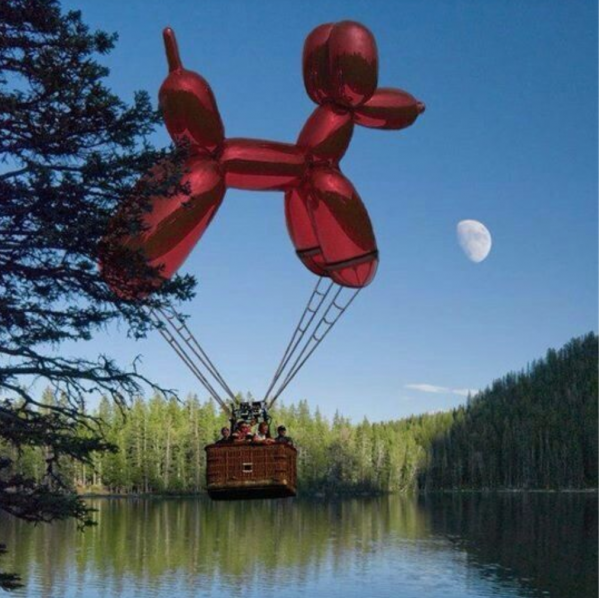 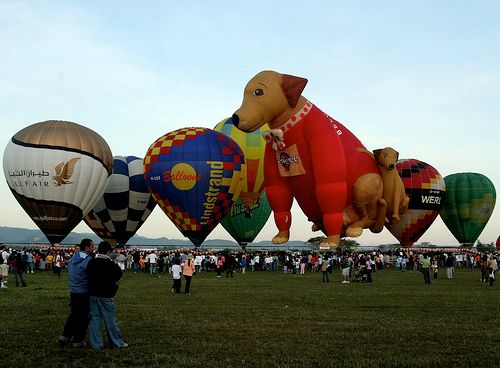 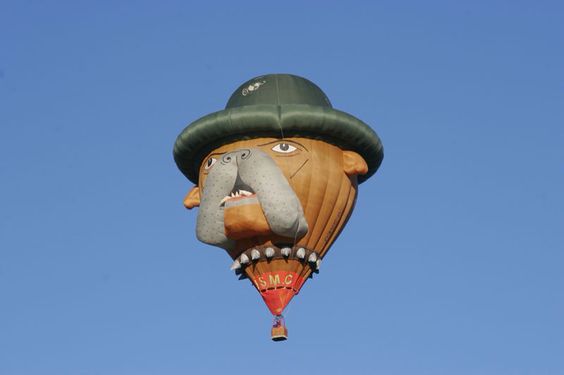 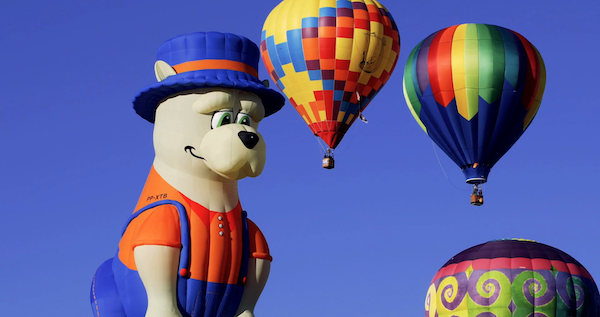 Most hot air balloon ride companies have strict policies about flying with pets (they don’t allow them), but if you know someone personally and they’re cool with giving you a ride with your dog, there are things you should consider first. The balloons are enormous and can frighten the wits out of a dog. They’re really loud because of the blast valve, and they also smell funny because of the propane.  If the dog seems fine with all of the aforementioned, you should never allow the dog to walk on a deflated balloon because their nails, even well trimmed,  can damage the fabric of the balloon.