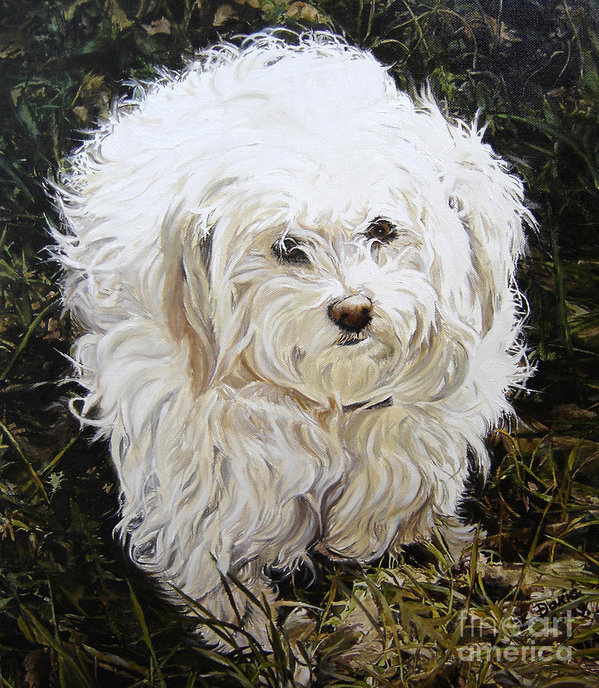 Frederico II of Gonzaga was an avid hunter and breeder of hunting dogs – that is, until he received a Bolognese as a gift. He became so smitten with the breed that he gave up breeding his hunting dogs. The tradition among royalty and men of wealth at the time (the 16th century) was to commission artists to paint their portraits while posing with their best hunting rifle and their favorite hunting dog by their side, but this duke thumbed his nose at fashion and chose instead to have his portrait painted by the Venetian painter, Titian, with only his favorite dog at his side. 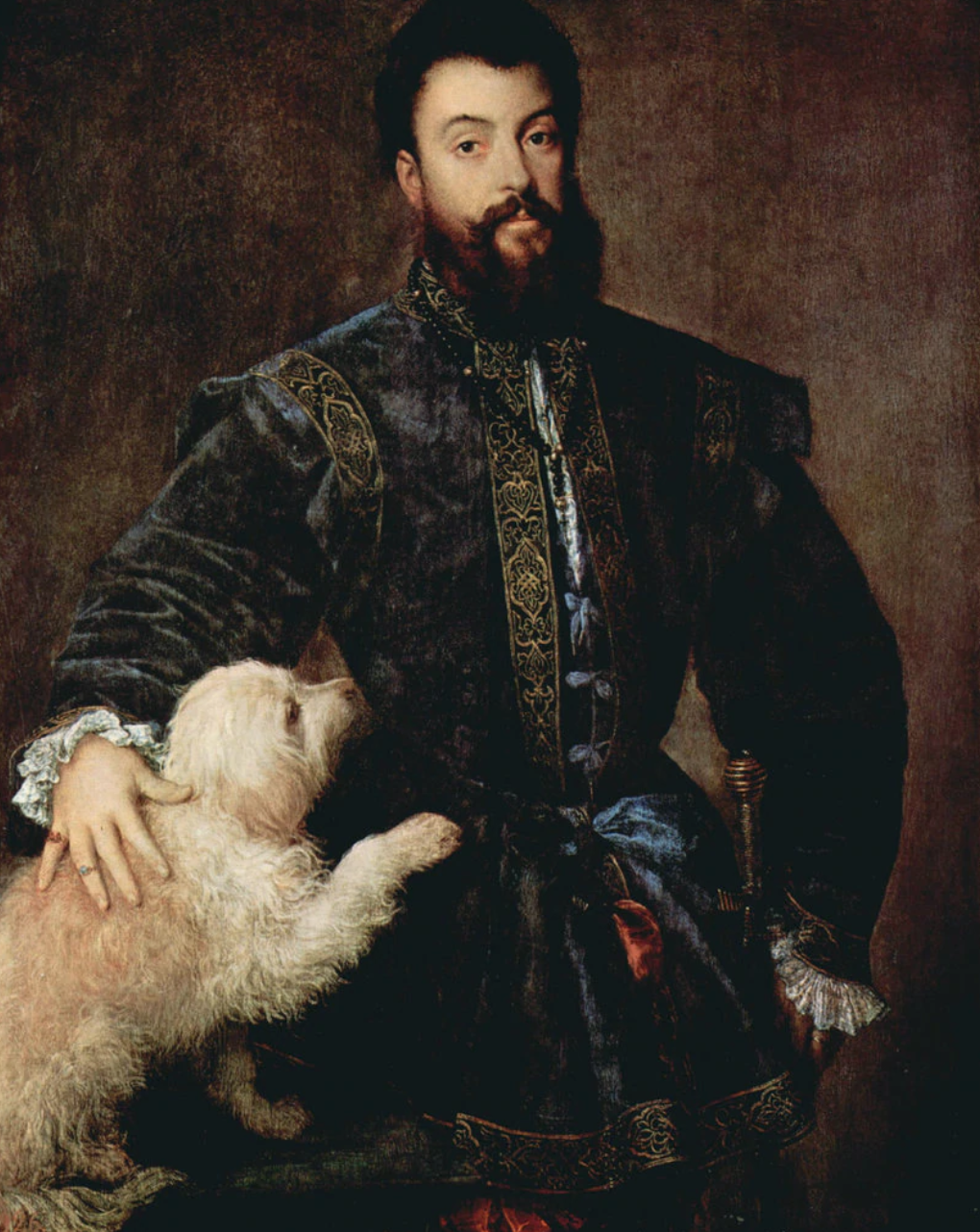 Gifting special breeds was how Catherine II the Great, Empress & Autocrat of all the Russians, came to own her own Bolognese.

Image: Birba” by Zeljko Djokic is available as a print here