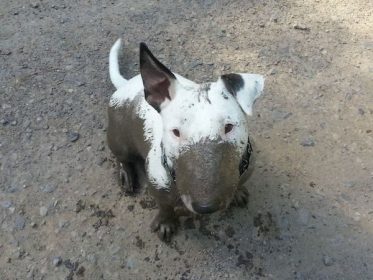 Every breed prone to such proclivity has its own name for it. In some breeds, it’s called having the “zoomies,” but if you’re a Bull Terrier, it’s called “hucklebutting” – that crazy run where the dog runs as fast as it can in whatever space it has. We found a video that takes us from 0 – 6o mph, Bull Terrier style: