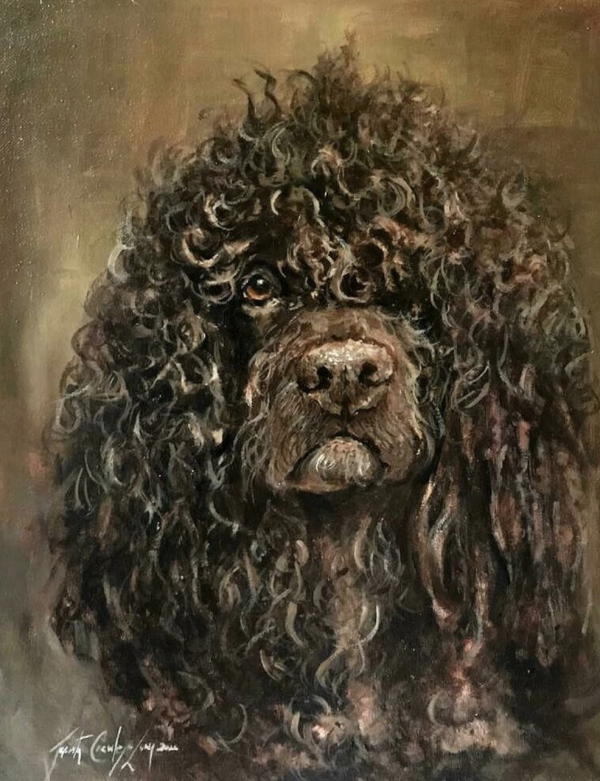 It’s curious how English speakers of today can mispronounce a word that has been part of their language since the middle of the 11th century.

Boatswain is pronounced “BOW-sn,” a word that comes to us from the Old English “batswegen.”  These days, a boatswain, better known as the petty officer of a ship, is a non-commissioned officer in many navies and the coast guard who is typically appointed from enlisted personnel.  The oldest rank in the British Royal Navy was the rank of boatswain, its origins traceable to the year 1040 when some English ports began to exchange certain privileges for furnishing warships and crews to King Edward the Confessor; the crews comprised of a master, a boatswain, a carpenter, and a cook. The Royal Navy’s last official boatswain, Commander E W Andrew OBE, retired in 1990.

The name shows up a fair amount in music and literature, including Shakespeare’s The Tempest where a boatswain is a central character in the opening scene. The character, Bill Bobstay, in Gilbert and Sullivan’s musical comedy H.M.S. Pinafore is alternatively referred to as a “bos’un” and a “boatswain’s mate.” Another boatswain is Smee from Peter Pan.

Why the word shows up here is that it was also a popular name for Brits to give water-loving breeds in the 19th century. Lord Byron wrote, “Epitaph to a dog,” a tribute to his Newfoundland, “Boatswain,” when the dog died of rabies in 1808:

Near this Spot
are deposited the Remains of one
who possessed Beauty without Vanity,
Strength without Insolence,
Courage without Ferocity,
and all the Virtues of Man without his Vices.
This praise, which would be unmeaning Flattery
if inscribed over human Ashes,
is but a just tribute to the Memory of
BOATSWAIN, a DOG,
who was born in Newfoundland May 1803,
and died at Newstead Nov 18th, 1808.

When some proud son of man returns to earth,
Unknown by glory, but upheld by birth,
The sculptor’s art exhausts the pomp of woe,
And stories urns record that rests below.
When all is done, upon the tomb is seen,
Not what he was, but what he should have been.

But the poor dog, in life the firmest friend,
The first to welcome, foremost to defend,
Whose honest heart is still his master’s own,
Who labors, fights, lives, breathes for him alone,
Unhonored falls, unnoticed all his worth,
Denied in heaven the soul he held on earth –

While man, vain insect! hopes to be forgiven,
And claims himself a sole exclusive heaven.
Oh man! thou feeble tenant of an hour,
Debased by slavery, or corrupt by power –
Who knows thee well must quit thee with disgust,
Degraded mass of animated dust!
Thy love is lust, thy friendship all a cheat,
Thy smiles hypocrisy, thy words deceit!
By nature vile, ennoble but by name,
Each kindred brute might bid thee blush for shame.

Ye, who perchance behold this simple urn,
Pass on – it honors none you wish to mourn.
To mark a friend’s remains these stones arise;
I never knew but one – and here he lies.

An interesting side note appeared in an article written by Annunciata Elwes for Country Life. In it, the author reports that DNA analysis of some 100 locks of hair that Byron gave to lovers determined that most of them were actually dog hair! 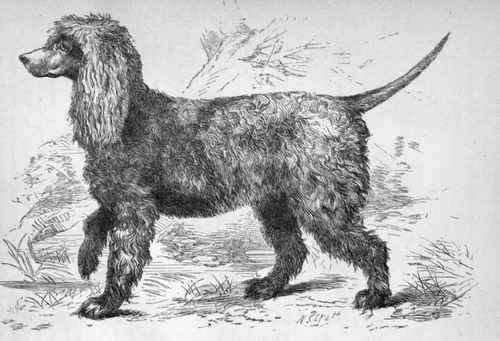 Boatswain was also the name of the dog who is accepted as the foundation of the Irish Water Spaniel as the breed is known today. We know this from letters that Justin McCarthy, the Dublin sportsman, attorney and “father of the breed” penned to the periodical, The Field.  He wrote: “…bitches from all parts of Ireland ‘of the proper type’ had been sent to Boatswain for breeding.”

Boatswain lived to the age of 18 and was active and in good condition, his descendants first shown at the Birmingham Show in 1862. Most believe that this is how the IWS became listed in the First English Stud book making the transition from a working water dog to one of our oldest breeds.  Some say that Boatswain is in the pedigree of every Irish Water Spaniel alive today.  It was once the third most popular hunting dog in the U.S., and when the founders of the American Kennel Club established the club in 1878, the IWS was among the eight breeds that could be registered (all of which were gun dogs).

Only speculation can surmise why the breed is no longer as popular as it once was. Certainly, the Labrador Retriever’s emergence in the field contributed to the fall in numbers. There are those who believe that the breed’s coat made it less popular with hunters who didn’t care for the continuously growing coat that was tantamount to being nature’s Velcro. If it grew out of the ground, it ended up in the dog’s coat, and only scissors and clippers could get it out. In fact, we came across the statement that for every hour in the field, equal time was needed for grooming. The Labrador Retriever’s wash-and-wear jacket quickly made it an easy choice for the field.

There are other things to recommend the IWS, including a fun-loving and creative mind. Hunters who like working with the breed point to a close-working dog that quarters independently in front of them, and is quick to learn verbal and hand signals that help direct the dog to where a bird went down. Perpetually young, it was a nine year old dog named, Gali (Ch. Realta’s Galileo CD TD SH MHU QAA CGC (IWSCA all around retriever and IWSCA WCX) that became the first Irish Water Spaniel Master Hunter Upland.

We’ve digressed from the main topic, Boatswain, and one wonders how many dogs of a water-loving breed are still given this name….