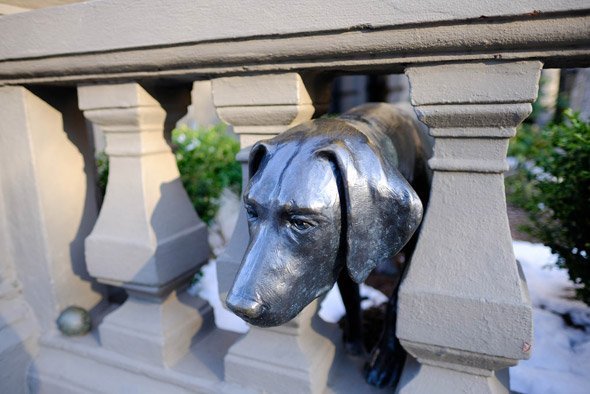 On Commonwealth Avenue near Berkeley in the Back Bay area of Boston is a life-sized statue of a Labrador Retriever poking her nose through the concrete posts in front of a brownstone house. About a foot away is her ball. Most people don’t even notice her, but she’s been there for nearly fifteen years. 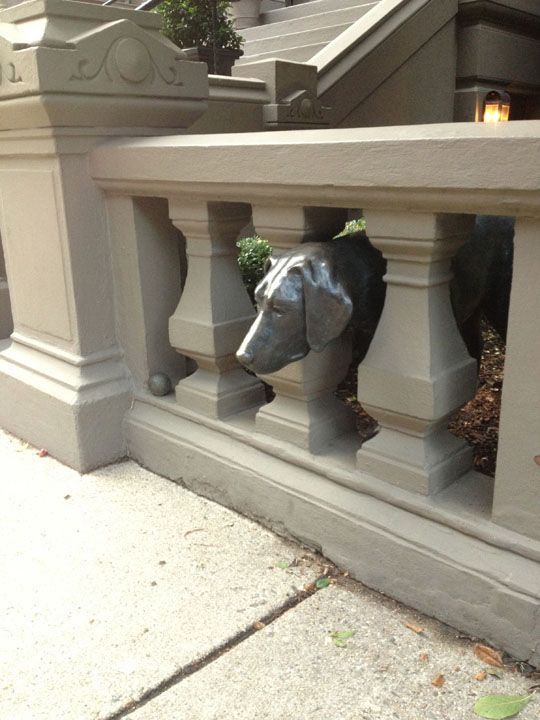 The bronze is a tribute to a real Labrador Retriever pup who rocked the world of her owners, Anne Lovett and husband, Steve Woodsum, when they got her back in 2002 after not having had a dog for years. They named her “Piper” after the cove on Squam Lake in New Hampshire where they spend much of their summers.

Immortalizing Piper in bronze was tasked to Vermont-based sculptor, Jim Sardonis, known for his talent in creating animals in an assortment of materials.  Sardonis recalls that when he visited the home to take photos of Piper in her front yard, the first thing she did was trot over to the fence and stick her head through it. An idea was born.

Still, the bronze caused a bit of panic among neighbors concerned that something had happened to Piper when the sculpture first appeared. Once they knew the was fine, both the bronze and the real thing became celebrities. The former gets appropriate headwear at Christmas and Halloween, and visitors stop to take pictures.

The real Piper would be 18 years old now, and though we couldn’t find mention of her passing, perhaps she is still around, gray muzzled, but happy. We hope so!