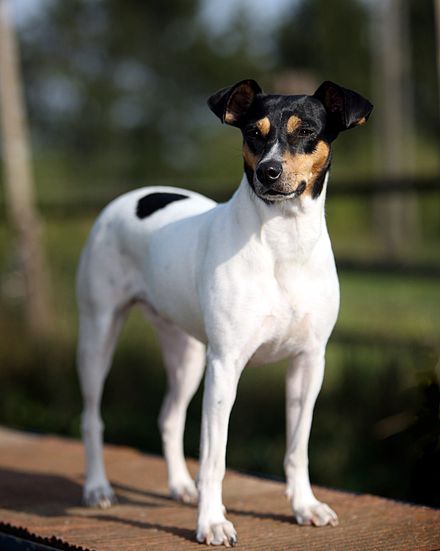 It sounds like a made-up name for a dog breed, doesn’t it?  The Andalusian wine-cellar rat-hunting dog.

The breed’s proper name is the Ratonero Bodeguero Andaluz, but translated, it quite literally means Andalusian wine-cellar rat-hunting dog: Anadaluz refers to Andalusia in Spain from where this breed originated, a region known for its sherry. Bodeguero is Spanish for wine cellar. Ratonero means rat hunting. Put it all together and the name quite literally means Wine Cellar Pest Control Dog from Andalusia. Many people shorten the name to Andalusian Ratter.

The breed was developed in the late 18th and early 19th centuries, and most probably descended from Smooth Coated Fox Terriers brought to Spain by British wine merchants. The businessmen settled in the Jerez countryside for the Sherry making industry, and their dogs ferreted out rats hiding between Sherry barrels in wine cellars known as bodegas.  The dogs would come to be crossed with native Spanish terriers commonly called Ratero Andaluz. Some say that in the early 1900s, the Toy Terrier was also introduced to the breed. Ultimately, the result was a medium sized high prey drive ratter sometimes referred to as Spanish Jack Russell Terrier, so similar was its appearance to the JRT. 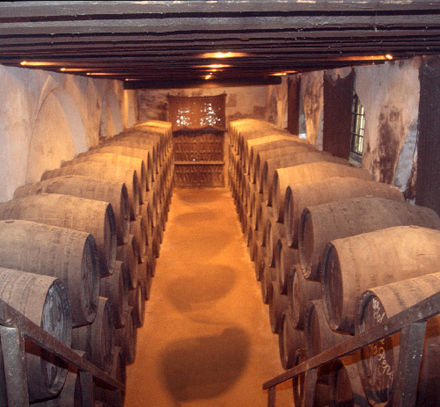 In the 1980s, someone decided the breed needed a standard if it was to be preserved, but it wasn’t until 1993 that the “Club Nacional del Perro Andaluz Ratonero Bodeguero”was organized by Bartolome Benetiz Perez Luna and the first breed standard was written.

In September 21, 2000, the breed was officially recognized as a native Spanish breed by the Spanish Ministry of Agriculture and by the Spanish Kennel Club, the Real Sociedad Canina de España. While numerous other dog registries and some kennel clubs (like the Nordic Kennel Union) have accepted the breed, it remains unacknowledged by the FIC (Federation Cynologique Internationale).

Like the Jack Russell Terrier, the Andalusian Ratter is a confident, athletic hunting dog that is the nightmare of mice and rats. Extremely quick, exuberant, and even comical at home, these dogs are all business when on the job; potential owners should be aware that a strong prey drive means these dogs don’t distinguish between a pest and a pet hamster, rabbit or cat. They should also research the dog’s pedigree to make sure it is from Spain because some groups require little to no verification before registering dogs as being of a certain breed.