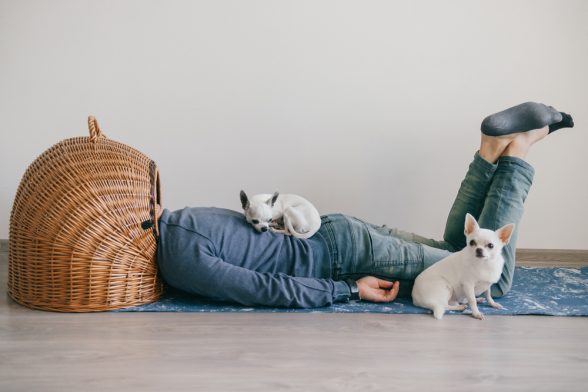 James was the ninth of ten children born to Scottish weavers, Margaret and David. A small child, James was not rewarded with much in the way of additional inches as he matured; he was barely 5 feet 4 inches as an adult.  Lacking the physical attributes to compete athletically with his peers, James took to storytelling, something that also comforted his devastated mother when his older brother, David, died in a skating accident at the age of 13.

When James was much older, he became friends with a family of five boys, George, John, Peter, Michael and Nicholas Llewelyn Davies, whom he had met while they strolled with their nanny in Kensington Park, and he was walking his Saint Bernard.

The irony.  James’ Saint Bernard was named “Porthos” after the dog in the novel, “Peter Ibbetson,” written by his favorite author, George Du Maurier.  James came to discover that the grandfather of his young friends was the writer and caricaturist, George du Maurier.

He grew close to the family and often told them stories. Sadly, the boys lost their father to salivary sarcoma in 1907, and when their mother developed cancer soon afterward, she named James as their guardian. In 1915, George was killed in World War I, and six years later, Michael drowned, the two brothers with whom James was the closest.  All the boys, however, had inspired James to create a character who would go on to delight readers and audiences for over a century, Peter Pan.

James, was James Barrie, of course, and his Peter Pan first appeared as part of a story within a novel, The Little White Bird published in 1902. Two years later, Peter Pan, or, The Boy Who Wouldn’t Grow Up, was introduced to London theatergoers.

The play’s fictional Darling Family included “Nana,” a Newfoundland inspired by James’ own dog, Porthos. As the story goes, one night, Mr. Darling is feeling irritable. In a prickly state, he ties Nana up to her kennel instead of leaving her to sleep near the children. It is on that night that Peter Pan shows up and lures the children away. Because Nana wasn’t there to protect them, a shamed Mr. Darling consigns himself to the dog’s kennel, an act of remorse for inadvertently causing his children to be kidnapped.

It is largely accepted that this scene gave rise to the expression, “being in the doghouse” when one finds oneself to be the object of someone’s anger or disapproval.

The deleted scene below from the 2003 version of Peter Pan shows both Mr. Darling in the doghouse, and Nana as a Saint Bernard