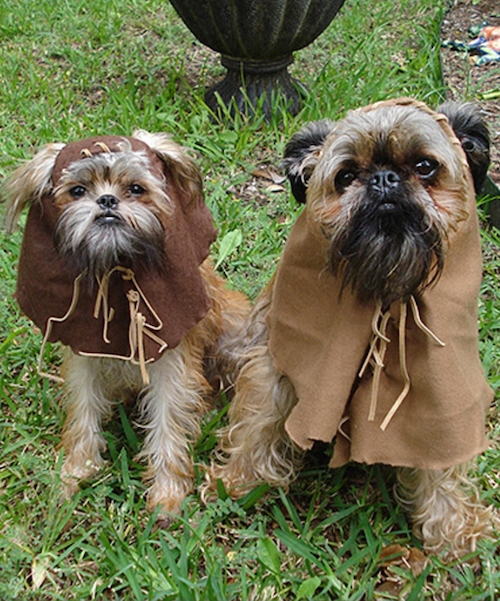 A little research reveals that the Brussels Griffon has many talents. Among them is a notoriety for “talking” to their owners. They’re also skilled climbers who have been discovered by their owners in some unusual places. Perhaps they’re especially noted (and beloved) for their expressive faces (who could forget “Verdell” opposite Jack Nicholson in the film, “As Good As It Gets?”) 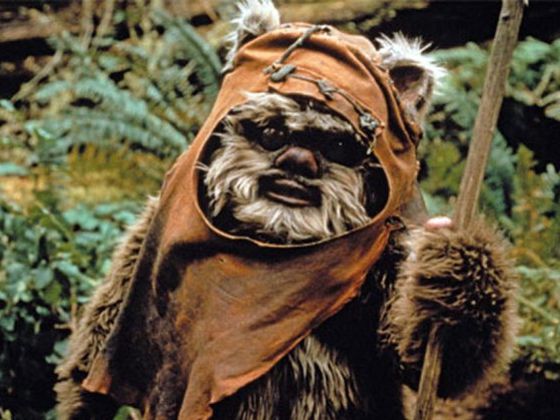 There is another movie that was influenced by the Brussels Griffon without a Brussels ever having appeared in it. It’s said that the breed inspired George Lucas when he created, “Ewoks,” the small woodland “mammaloid bipeds” in the Star Wars movie, “Return of the Jedi.“ Lucas said he invented the name by reversing the syllables in Wookiee, another Star Wars character, and rhyming it with the northern California Indian tribe known as the Miwok (pronounced: me-walk). Makeup for the Ewoks was developed by make-up artist, Stuart Freeborn, who created them from designs by Joe Johnston, the visual effects director, by using images of Brussels Griffons that Lucas had as pets.

Brussels Griffon image found on Pinterest and happily credited upon receipt of information.

7 thoughts on “The Inspiration Behind Ewoks”