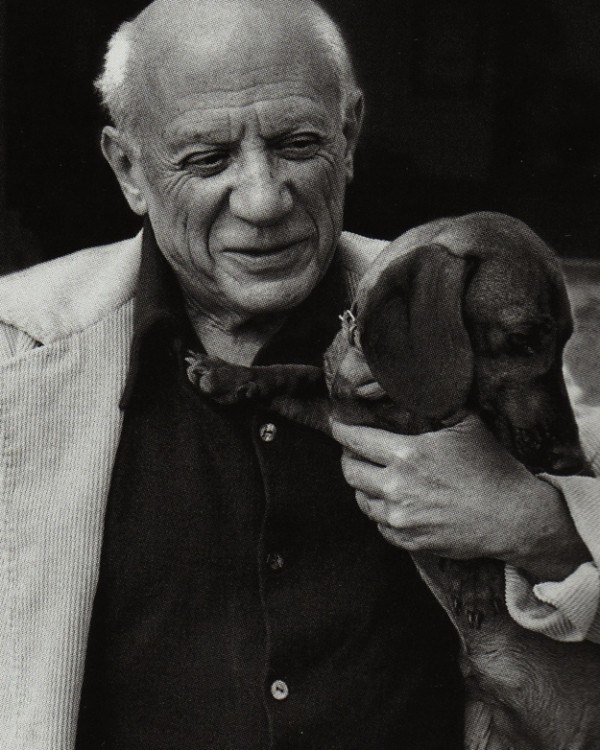 So, you visit a friend with your dog, and the dog ends up staying for six years.

That’s what happened to photographer, David Duncan, when he visited his friend, Pablo Picasso, with his Dachshund, “Lump.” It’s not like Picasso didn’t have his own dog. In fact, he had many, but Lump was the only one he would hold and feed from his hand. Picasso once described Lump as indefinable: “Lump, he’s not a dog, he’s not a little man, he’s somebody else.” Duncan described, on the other hand, described Picasso’s relationship with Lump as a “love affair.” We guess so! Of the 44 studies of Diego Valazquez’s painting Las Meninas that Picasso painted, Lump appeared in 15 of them.