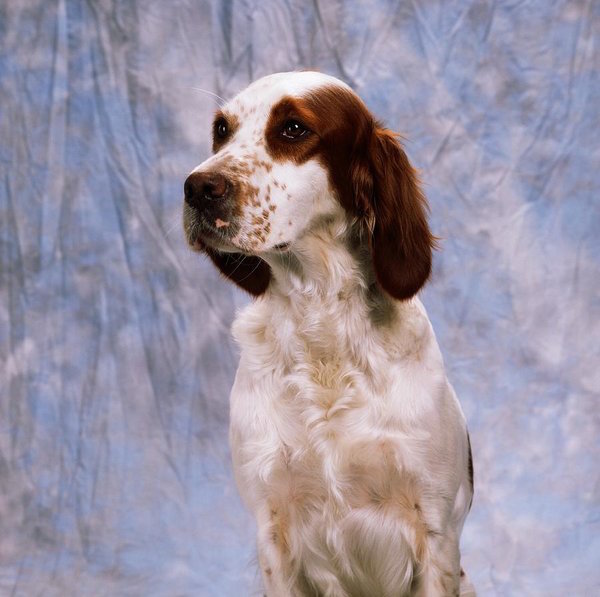 Is the Irish Red and White Setter a red dog with white areas, or a white dog with red spots?

The FCI, and the breed clubs of Ireland, America, Canada, are very clear on this, and the breed standards of these clubs are virtually identical: “The base color is white with solid red patches (clear islands of red color); both colors show the maximum of life and bloom.”

The exact proportion of red to white isn’t stated in the standard, and a breeder can get really white puppies and really red puppies all in the same litter. We understand this. But what is “bloom?”

One of our favorite writers, Dan Sayers, describes “bloom” as a pearly white, and an IRWS friend of NPDD describes bloom as pearlescent, a luster that resembles the inner layer of the shell of oysters and abalones, a sheen described as “Mother of Pearl.” Put another way, the white on an Irish Red and White Setter’s coat shouldn’t be dull.  This friend goes on to say that as long as an IRWS has at least one patch of red, or multiple patches on the body,  the amount doesn’t matter.

Photo: “Portrait Of Irish Red And White Setter” by The Irish Image Collection nicely illustrates “bloom.” The image is available as an art print, apparel, home decor, and more here.

3 thoughts on “The Irish Red and White Setter’s “Bloom””