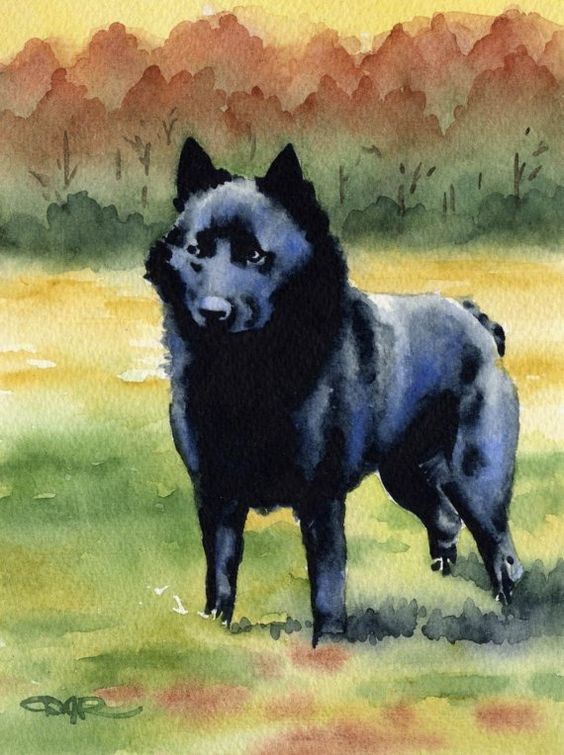 Leuven (once spelled Leauven) is the capital of Flemish Brabant in Belgium. It’s home to the oldest Catholic university still in existence, as well as the world’s largest brewer, Anheuser-Busch. It’s a juxtaposition that amuses us.  But we digress.

This region was also home to an all-black dog known as the Leauvenaar. Used as a sheepdog and a watch dog, the 40 lb. dogs were said to follow wagons on the old roadways of Belgium. Not much more is known of the Leauvenaar because the dogs became extinct, but prior to that, it’s believed that the largest of these dogs were the root stock of the Groenendael, or Belgian Sheepdog, while the medium sized Leauvenaar were further downsized to become the Schipperke, desired because peasants at the time were restricted in the size of dogs they could keep.  The origin of Schipperke’s name has been a source of disagreement. Some believe the name may be a corruption of the Dutch word, “scheperke” or “little shepherd” (this wonderful dog has been known to have kept some of herding ability from its sheepdog ancestor), while others feel the Dutch word “schipper” translates to skipper or sailor (perhaps a reference to the breed’s occasional employment on canal boats) is the more likely source. A rose by any other name, as they say…..