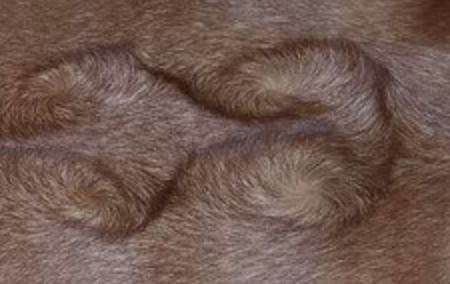 It probably took Rhodesian Ridgeback owners less than a nanosecond to recognize a ridge pattern, and many of us who attend 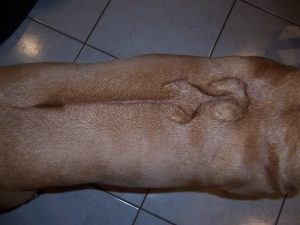 dog shows will probably never see one like this because a double ridge pattern is a disqualification in the conformation show ring. There are lots of sites and articles that discuss ridges (shameless plug, we like this one), and the subject of ridges continue to be of great interest, particularly as science learns more. Geneticist, Nicolette Salmon-Hillbertz, suggested that nature doesn’t keep traits around that are useless to the animal with it, so might the ridge – present in native African dogs for millennia, be beneficial to these dogs?

Right now, however, we want to touch upon the things that make a Ridgie, a Ridgie, aspects that have nothing to do with having, or not having, a ridge.

If a Ridgeback barks, you’d better pay attention because this is a breed that doesn’t bark without a reason. They use their voice only as a warning, or if there’s danger. Many owners report that their dogs don’t even bark at a doorbell ring, so it takes something pretty noteworthy for them to feel they have to break out in a cacophony of barks (trust the dogs).  Among other reasons, maybe this is why the breed has so many fans, including celebrities that included Errol Flynn, Patrick Swayze, Grace Kelly, Prince Rainier, and Blake Griffin.

Ridgebacks are runners. When you think about it, a dog originally bred for hunting in African would need to be. As such, sanctioned lure coursing trials became available to the breed in 1991, and the first trial was run a year later. Rhodesian Ridgebacks were accepted to the AKC coursing program in August of 1992. Lure coursing. It’s not just for sighthounds; 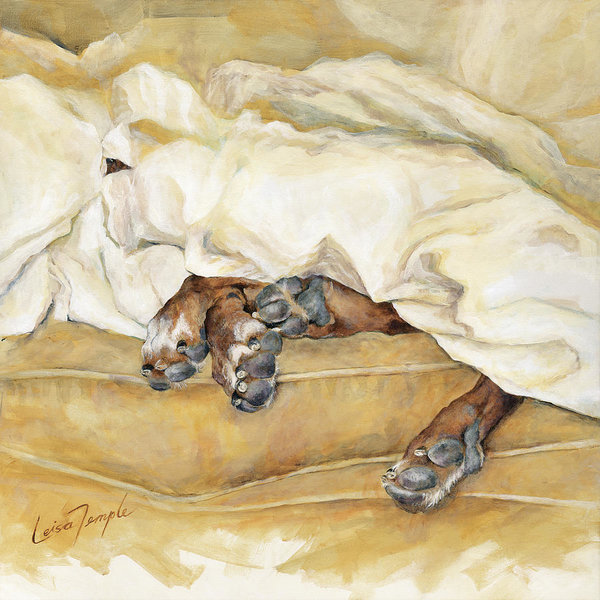 Ridgebacks don’t start trouble, but if they’re attacked or threatened by another dog, they’ll stand their ground and respond accordingly;

People who attend dog shows may think the breeds they there see are common, including Ridgebacks, but the truth is that Ridgebacks are, comparatively speaking, relatively uncommon. We *think* there are about 2,000 AKC registrations for the breed per year, as compared to more than 50,000 for breeds like Labs, Rotties and Doberman Pinschers;

While no dog ever lives long enough, Ridgebacks have a lifespan that’s longer than what may be expected for a larger dog – some 10 to 12 years.

And here is where we call upon our RR friends to share what we’ve missed. What should anyone considering this breed for themselves know?

In light of what we’ve just shared, we couldn’t resist including as our image, “Under The Covers” by Leisa Temple, to accompany the article

2 thoughts on “It Looks a Little Suggestive. What IS it?”