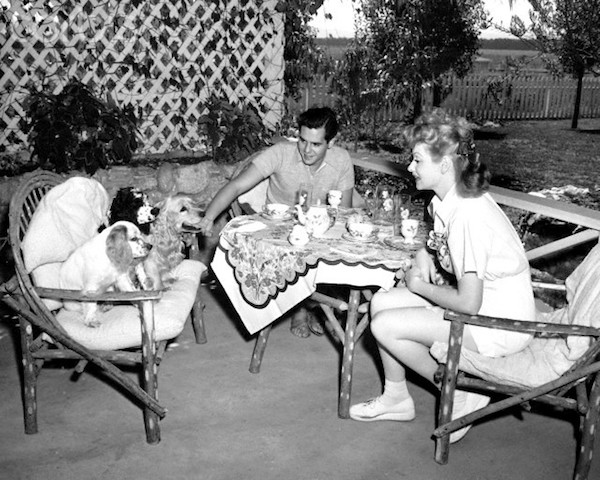 Fans of black and white TV reruns (Nick at Nite), or people of a certain age will instantly know who “Lucy” was, and who said “Lucy, I’m Home.”

“I Love Lucy” starred Lucille Ball,  and her real-life husband, Desi Arnaz, and pretty much every episode in the series that ran from 1951, to May 6, 1957 involved Lucy either scheming to get into show business like her bandleader husband, “Ricky,” or getting in and out of daffy situations. Theirs was a traditional TV marriage in that Lucy stayed home, and when Ricky got home from work, he called out, “Lucy, I’m home” in his inimitable Cuban accent.

Desi Arnaz would have been 102 years old today, and we remember his contributions to pop culture that included introducing the conga line to America, (a popular street dance in his native Cuba), the use of several cameras to film sit-com TV performance, performing a warm-up act before in-studio performances, performing before a live audience, and rerunning old episodes. During his marriage to Lucy, they had two children, Lucie Arnaz and Desi Arnaz Jr., and a menagerie of dogs that included Schipperkes and at least three beloved American Cocker Spaniels, “Pinto” and “Taffy.”

Image found on Pinterest and happily attributed upon receipt of information