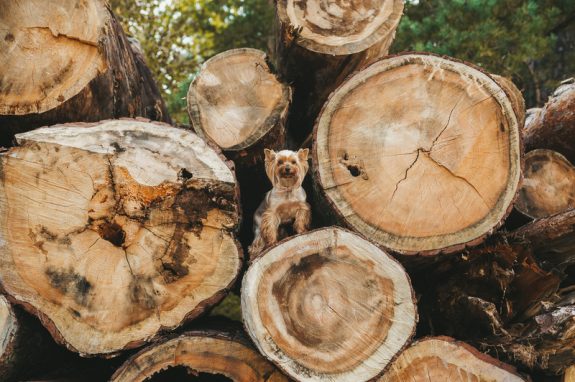 The magnificent creature below is a cob horse:

Specifically, he’s an Irish Cob, but cobs are not a specific breed of horse, but rather a type of horse that has large bones, stout legs, solid joints and a very sturdy build that gives the impression of being built like a square. Indeed, the etymology of the word, “cob” is from late Middle English. It meant a strong man or strong leader and implied a strong, sturdy and rounded shape. It is from these horses – typically draft horses – from which the dog term,  “cobby” comes.

Fanciers use the world to describe a dog that is not only of a square appearance, but thickset, like a Pug. The Pug’s AKC standard, in fact, mentions the word: “Symmetry and general appearance are decidedly square and cobby.” Cobbiness is also mentioned in the standards of the Schipperke, Scottish Terrier, and English Toy Spaniel as a desirable trait.

However, in the standards that do mention the word (and not one Hound breed does), being cobby is either undesirable, or imply (to us, anyway) a “meh” attitude. The writers don’t want the dog cobby, but they don’t want it lanky, either. The remaining breed standards that refer to cobbiness write of it as not a good thing: The Briard, American Eskimo Dog,  Pembroke Welsh Corgi, Irish Terrier, Papillon, Kuvasz, Flat-coated Retriever, Chesapeake Bay Retriever, and Siberian Husky.

That said, “cobbiness” is often used in a lot of breeds, but not officially. A breeder might say while evaluating puppies, “I like pink ribbon puppy’s proportions, but green ribbon is too cobby.”  Depending upon the breed, the reverse could also be said.”

Cobby shouldn’t be confused with “cloddy,” a word used to describe a dog that isn’t just heavily built, but has a lumbering, or clumsy gait. And that leads us to another dog term, and that is “lumber.” It’s paints a dog that has a cloddy build and clumsy movement.  Poor dog!  Lest you think that “lumber” is a quaint old word you’ve never heard in dog circles, you should know that it appears in several breed standards

“The typical Labrador possesses style and quality without over refinement, and substance without lumber or cloddiness.”

The English Foxhound…must be well sloped, and the true arm between the front and the elbow must be long and muscular, but free from fat or lumber.”

The Flat-Coat has been traditionally described as showing “power without lumber and raciness without weediness.”

A Borzois’s shoulders: “Sloping, fine at the withers and free from coarseness or lumber.”

“The Bracco is a solidly built dog with powerful bone, but without lumber, and without sacrificing balance and harmonious appearance.”

“The appearance [of the Irish Red & White Setter] is strong and powerful, well balanced and proportioned without lumber;”

Top image: It will come as no surprise that the word, “lumber” does not appear in one AKC Toy breed standard, so we share this photo in the spirit of of “irony.” It comes
Dreamstime and was taken by © Iryna Kazlova Airspa |