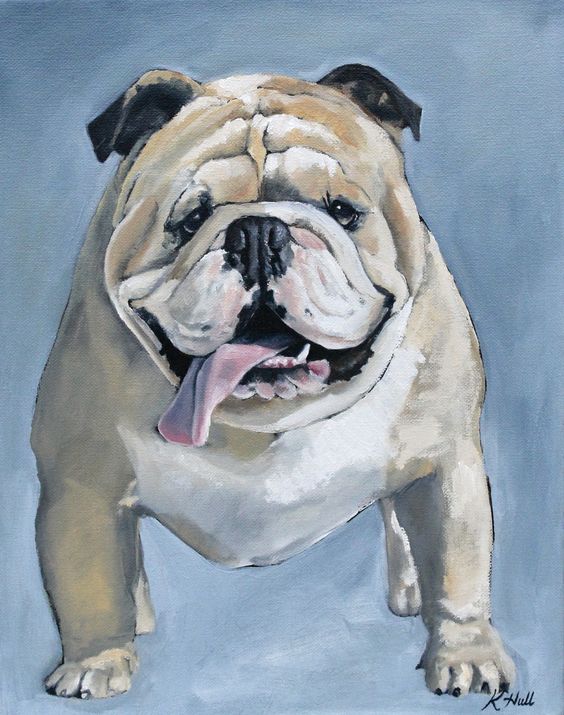 In a recent post, we mentioned that in the AKC, Dachshunds are shown in two sizes, standard and miniature, and compete in class divisions determined by weight.  It was not the only AKC breed to have been divided by weight.

Until the 1960s, Bulldog classes were divided by weight, both here and in England. Indeed, according to Rawdon B. Lee who in 1894 wrote Modern Dogs of Great Britain and Ireland, the earliest London show classes were provided for Bulldogs over and under a certain weight. Lee mentions one Mr. F. Adcock, a “most earnest admirer of the race who…sometimes…had thirty or forty bulldogs in his kennels,” and had the opinion that the original bulldog was a heavy animal, “and, as he could not ﬁnd one to his liking in this country, took a journey into Spain…Mr. Adcock brought back with him “an immense animal, which he called Toro.” The dog evidently scaled a staggering 90 pounds (we say “staggering” because today, the AKC breed standard states that the size for a mature dog is about 50 pounds). Lee adds that although Toro was good enough to win at Birmingham in I872, he was less successful as a stud dog, and did not pass along his good qualities to the puppies he did sire.

Image: English Bulldog by KimberlyHullStudio is available for purchase here