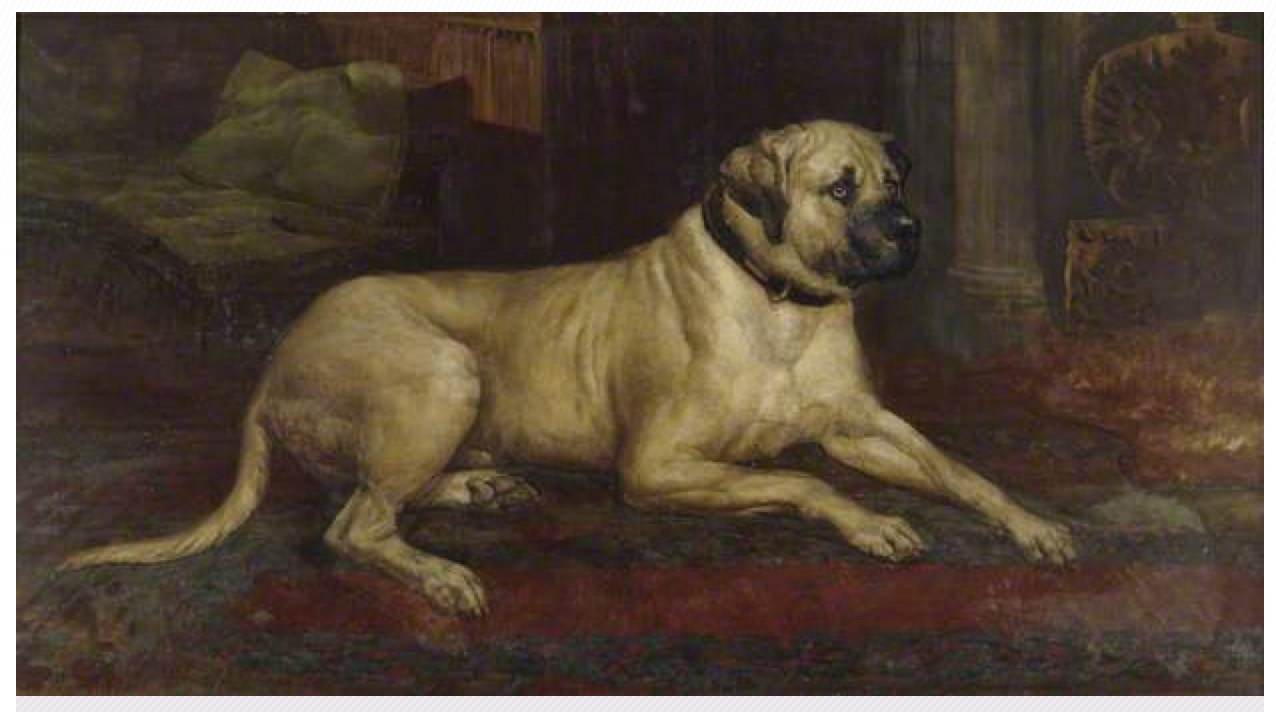 It was a nasty business, the Battle of Agincourt in 1415, one of several battles fought during the Hundred Years’ War between England and France. Two months earlier, Henry V, the young king of England, crossed the English Channel with 11,000 men to lay siege to Harfleur. Five weeks later, half of Henry’s men were dead from disease or battle casualties.

Still, Henry marched his army to Calais to meet the English fleet and return to England. At Agincourt, however, 20,000 French soldiers stood in his way. The English stood their ground. French knights weighed down by heavy armor started to advance but were met by a furious volley of artillery from English archers using innovative longbows. Against all odds, (actually, the odds were greater than three to one), the outnumbered English massacred the French to the tune of 6,000 Frenchmen while English deaths were barely over 400. It was one of the great victories of military history.

Family legend says that because of one Mastiff bitch, at least one Englishman wasn’t among the dead. Sir Peers Legh was grievously injured in combat, but his dog stood guard over him throughout the battle and is credited for having saved his life. She was returned to the family home, Lyme Hall, were she became the foundation matriarch of the Lyme Hall Mastiffs, a line that continued for nearly 500 years until the end of the 19th century. An old stained glass window remains in the drawing room of Lyme Hall portraying Sir Piers and his devoted mastiff.

One thought on “Lyme Hall Mastiffs”