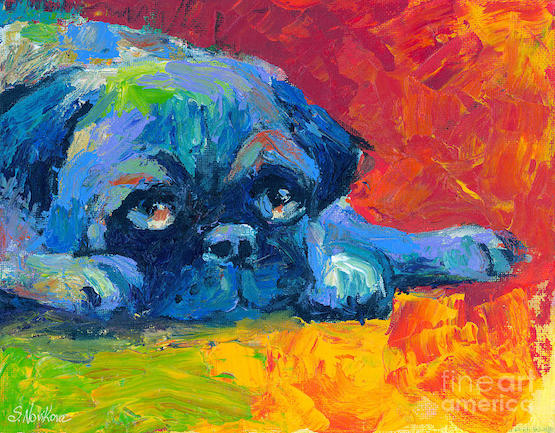 Most of us lament the loss of an animal or plant species, and dire predictions of “experts” would have us believe that we’re losing both at an alarming rate.  We don’t dispute it. One needs only to look at the plummeting numbers of certain dog breeds in the world to see how quickly it can happen.  Extinct is forever, and there’s no bringing back the St. John Water Dog, Paisley Terrier, Cumberland Sheepdog or Toy Trawler Spaniel, to name a few.

If there is an upside, it’s that hundreds, if not thousands of new animal species are still discovered yearly. In 2019 alone, the California Academy of Sciences researchers discovered 71 new animal and plant species. Every spring, the SUNY College of Environmental Science and Forestry releases a list of the top ten new animal discoveries, perhaps half of them insects. Sometimes, cases of new species being found occur in museum collections where something collected 50 or 100 years ago wasn’t examined closely enough. A second look results in the realization that what was once considered old is actually a new species, many of which are detected through DNA.

A language can also become endangered, if not extinct. A native tongue can be lost in a single generation if it is no longer being learned by children. Twenty years ago in Yupik Eskimo communities in Alaska, all children spoke Yupik. Today, the youngest speakers of Yupik in some of these communities are in their 20s, and the children speak only English.  On Cape Breton Island, Nova Scotia, Scots Gaelic was spoken until the 1940s. By the 1970s, the language was no longer being learned by kids.

It doesn’t have to be that way. Iroquoian languages like Onondaga and Mohawk that were spoken in upstate New York and parts of Canada have been declining for over two centuries, but they are still spoken today by older adults and, in the case of Mohawk, some younger people as well.

Languages can be “alive,” and since they are made up of words and phrases, those can also have a “life cycle” of their own.  Six months ago, “comorbidity,” “cancel culture,” “shelter-in-place,” “PPE,” and “contact tracing” would have been meaningless to most of us.  But words are also invented every year to keep up with the times. In 2020, the Oxford English Dictionary added new words to its dictionary that include “eyelessness,” “awfy,” “chirpse” and “arancini.”

Some entries aren’t new at all, but lexicographers concede that long term popular usage suggest that certain words are here to stay, and thus, the words are included in dictionaries. These words and phrases include “awesome sauce,” “Jedi,” “futzing,” “jerkweed,” and “mentionitis.”

This long winded preamble finally leads to something dog related!

The Noble prize-winning Irish novelist and playwright, Samuel Beckett, was famous for his “linguistic creativity,” which is to say he made up words.  In 1934, he coined the word, “pugnozzle” for his anthology of short stories, More Pricks than Kicks.  Beckett described the “wretched little wet rag of an upper lip’ on a Pug dog ‘pugnozzling’ up and back, in what you might call a kind of a duck or a cobra sneer to the nostrils.”

To pugnozzle, then, is to snort or move the nose and mouth like a Pug. The word made its way into the Oxford English Dictionary, and why not? The word needed to exist because how else to describe that endearing thing that Pugs do with their nose and mouth?

And that leads us to sniglets. Readers of a certain age will remember the popular 1980s HBO series comedy series, Not Necessarily the News, which featured Rich Hall inventing words that needed to exist, but didn’t.  Once heard, these words (known as sniglets) make complete sense. Exhibit A: “Cinemuck. n. The combination of popcorn, soda and melted chocolate that covers movie theater floors.”  Exhibit B: “Ignisecond. n. The overlapping moment of time when the hand is locking the car door even as the brain is saying ‘my keys are in there.’”

They needed to exist, right?

Now it’s your turn. What word related to your breed needs to exist, but doesn’t?