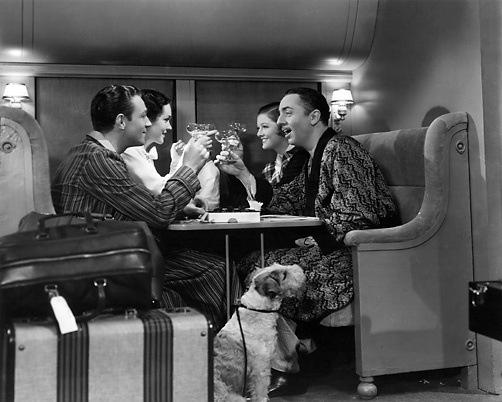 It doesn’t mean that there aren’t any, but we’ve never encountered a tee-totaling dog person. Just saying. If you are of this stripe, you might find the following a bit boring. If you do like the occasional nip, however, read on.

We may never know the real origins of the classic Martini, but there are plenty of people and locations vying for the honor of being home to the cocktail, including Martinez, California which has even hung a plaque proclaiming itself to be the birthplace of the Martini. As the story goes, in 1849, a miner struck it rich during the Gold Rush. On his way home to San Francisco, the first big town he hit was Martinez, and the chap felt like celebrating. He asked for champagne at a saloon, but not having any, the bartender, Julio Richelieu, said he had something better, a drink he called a, “Martinez Special.” The miner liked it so much that 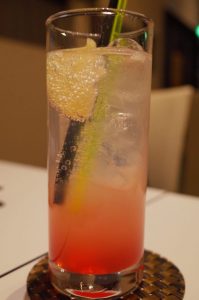 he ordered a round for the house.  After three or four drinks, however, the ‘Z’ sort of fell off the drink’s name, and was slurred into Martini.

Since then, many incarnations of the drink have been invented, and the one below is is a take on the Astor Martini, named after “Asta,” the Wire Haired Fox Terrier in the marvelous The Thin Man movies.  The recipe?

2 thoughts on “The Martini Named After a Fox Terrier”