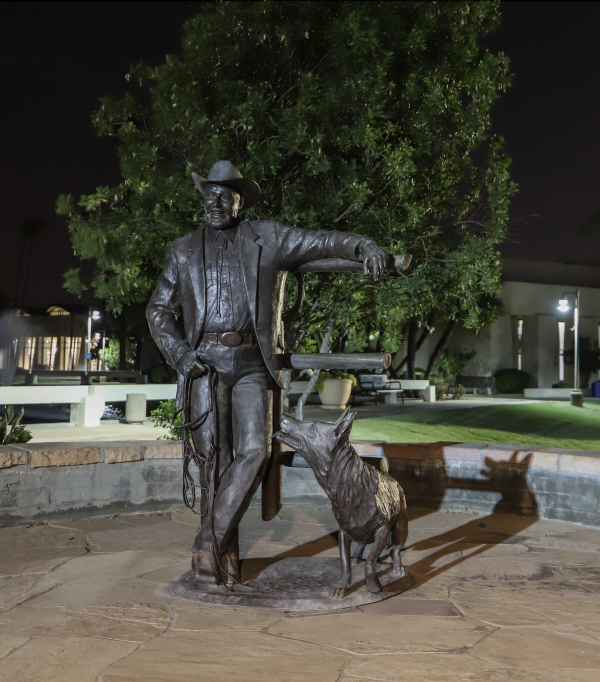 When Mayor Herb Drinkwater passed away in 1997 at the young age of 61, he left behind a legacy of which any civic leader would be proud.  Four years before his passing, Scottsdale, Arizona had been named “America’s Most Livable City” by the U.S. Conference of Mayors, a pronouncement that validated Herb’s vision that a big city atmosphere of culture, diversity and opportunity could exist in a small town with small town values.

Herb, nicknamed “Mr. Scottsdale,” had been a City Councilman for eight years, and later served as mayor for an impressive four terms. In his trademark Stetson hat, bolo tie, western cut suit, and ostrich cowboy boots,  Herb was a friend to everyone and was described as never having known a stranger. He changed tires for strangers, kept a bull from charging into a group of children at a rodeo, was on hand to help a policeman subdue a suspect, and gave CPR to a man struck by lightning.  Herb, a man of faith with a great sense of humor, was affable, approachable, and always quick to offer a firm handshake.

But it would have been a mistake to underestimate his business acumen. 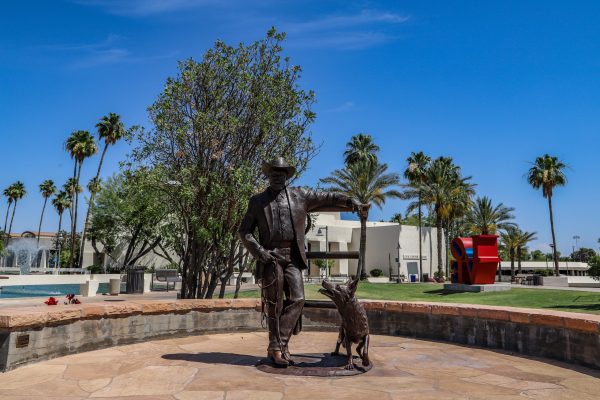 In the time that Herb was mayor of Scottsdale, the town’s population more than doubled. He persuaded the Mayo Clinic to open a medical center,  the Tournament Players Club and All-Arabian Horse Show to hold their events there,  and established the exclusive Princess Resort all while keeping his promise to  preserve Scottsdale’s natural beauty. Herb transformed the town into an economic powerhouse that had more jobs than workers to fill them. In short, Herb transformed Scottsdale from a sleepy village to a resort destination.  He once said, “Serving the citizens of Scottsdale is the greatest job in the world,” and it showed.

To honor the man considered Scottsdale’s patriarch, Man of the Year, and Man of the Century, hundreds of donations were given by appreciative citizens to commission and erect a 7.5-foot tall sculpture rendered by Clyde “Ross” Morgan. Fittingly, the statue included “Sadie,” Herb’s family German Shepherd Dog.  Renovations starting in 2021 necessitated Scottsdale Public Art to move several sculptures from Scottsdale Civic Center temporarily, but in the future if you’re ever in Scottsdale, look for the sculpture of Herb and Sadie.

Image: Our thanks to Sydney Ritter of Scottsdale Arts for providing photos of Mayor Drinkwater by artist Clyde “Ross” Morgan