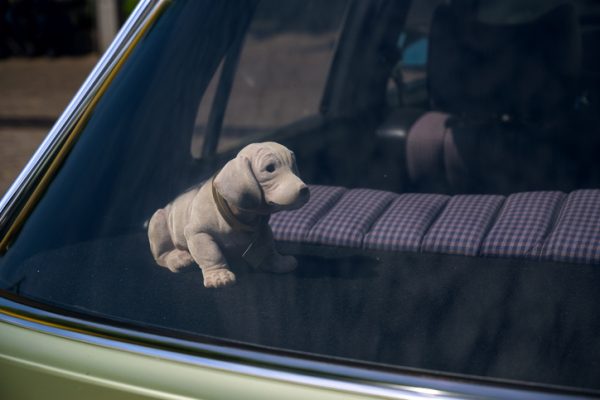 Literally translated to “wobbling dachshund” in English,  Americans would know it better as the Dachshund bobblehead, a replica of a Dachshund with a wobbly, spring-attached head that wiggled up, down, back and forth. The item that originated in Germany was marketed as a friendly vehicle accessory, and it didn’t take long for the Wackeldackel to be found perched on the rear dash of many German notchback cars, nodding furiously with every twist, turn, and bump in the road.

The Wackeldackel was resurrected in the 1990s when the German gas station chain, Aral, featured the Dachshund bobblehead in one of their ad campaigns, and over 500,000 of the accessory were sold in less than a year. The item was so iconic that when the official Dachshund Museum opened in Germany in 2018, the doggie bobblehead was one of the items it sold.  In September of 2020, Google honored the Dachshund bobblehead with an animated Google interactive “doodle” video on its search engine. As a user moved their mouse, the Dachshund’s eyes would follow the cursor, and with a click or tap, the dog showed affection. If it was ignored for a time,  the Dachshund looked sad and would ultimately nod to sleep until the mouse was tapped again.

At a recent Consumer Electronics Show, Mercedes Benz gave a hat tip to the iconic Dachshund bobblehead, and then went “edgy.”  The company partnered up with Superplastic, best known for creating “synthetic celebrities” on social media.  We’ll leave it to you to decide if they improved upon things after watching the promotional video below, but for our part, pointy teeth and a rough sound track gave the concept a darkness we could only describe as hard-lined. Maybe it’s just us.

BTW, did you know that National Bobblehead Day is celebrated in the U.S. on January 7?