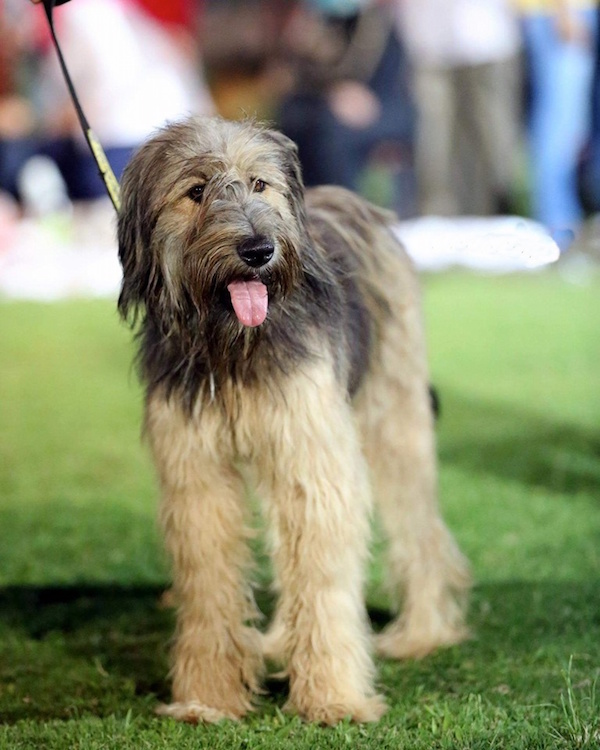 In a different post, we mentioned that according to some experts, the Armant may have factored into the ancestry of the Old English Sheepdog, but what is an Armant?

It is a working/herding dog developed in Egypt that has been around since the very earliest part of the 20th century. The dog was named after the village of Armant where many of them were found at the time. Some folks believe these dogs are the descendants of ancient Egyptian dogs, and Egypt is credited with developing the breed, but the Armant may actually have descended from early Western European dogs introduced by the Brits. During the time the British maintained a trading and military presence in Egypt for a number of decades, we know they imported many of their herding dogs to Egypt, and the Armant is similar in appearance to several French herding breeds, particularly the Briard. In truth, we may never know with certainty because almost nothing has been recorded about the breed’s origins, not orally, nor with the written word.

That the breed is still around is, we think, good news.  French and Dutch breeders are evidently keeping pedigrees in an effort to work towards a more standardized breed, but time will tell what will come of their efforts.  For now, we’ll fill you in on the basics of the breed: As adults, they can weigh between 50 and 65 pounds. They have long, shaggy hair in a variety of colors that include black, black and tan, brown, and gray. Their ears can be erect or dropped, but their tail is always curled. This is a calm and gentle dog that has an exuberance some of us would associate with a Bearded Collie. They are loyal, gentle, and wonderful companions, but never leave one alone. Armants are family members, and when excluded, can become destructive out of stress.