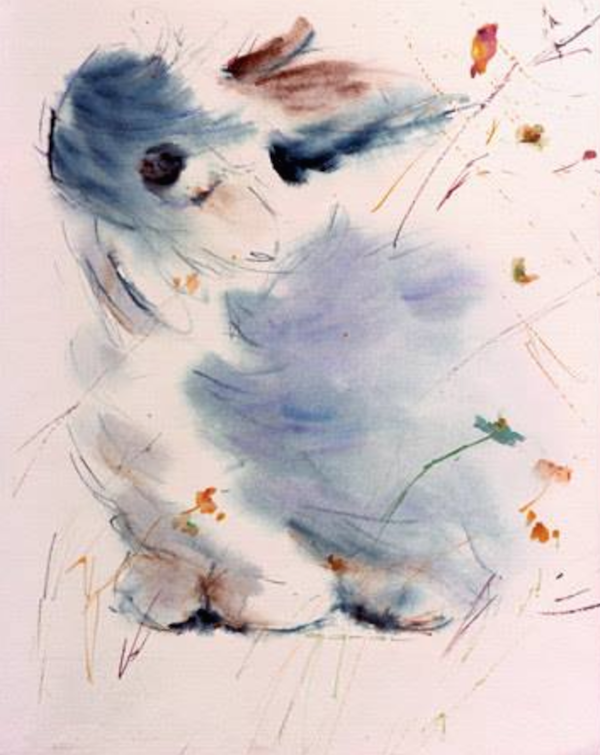 The precise origin of the beloved Old English Sheepdog is thought by some experts to be rooted in “dalliances” between Bearded Collies and Russian Ovcharkas that arrived in Scotland aboard ships from the Baltic, the resulting “love puppies” becoming hard working drovers that managed sheep and cattle in the English countryside. Other cynologists believe the breed come out of drover’s dogs known as Smithfields or Cotswold Cors. Another theory puts the Bergamasco, the Bearded Collie, the Briard and the Armant in its heritage. Whatever its origin, this was a working dog through and through. When a tax was imposed on companion dogs, but not on working dogs in the 18th century, farmers and ranchers thought they’d help the tax man see the difference between a pet and a working dog by docking the tails of their sheepdogs. This led to the breed’s nickname, “bobtail,” though England’s Kennel Club points out that since tail docking is no longer allowed in that country, the traditional epithet, “Bobtail,” is no longer appropriate. As an aside, it’s interesting to note that the Kennel Club also includes the following wording on the breed page: “If you are asthmatic or have an allergy, you should consult your medical advisor before considering obtaining a dog. More information can also be found on the Kennel Club website.”

By the 19th century, the dogs had developed into a breed with a fixed type, but they were still known as the “Shepherd’s Dog.” We’re trying to ascertain the origins of the breed’s present day name and welcome any input.

One thought on “The Bobtail by Any Name”