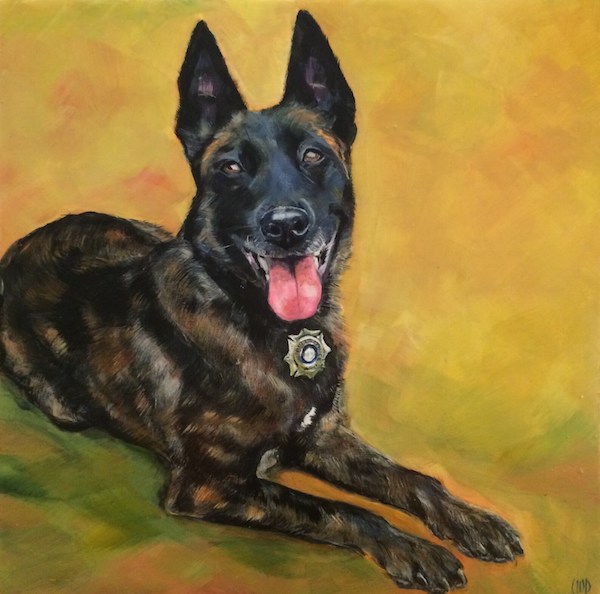 It is the fortunate owner who has fallen in love with a breed never mistaken for something else, but others aren’t so lucky. These owners find themselves frequently correcting the well meaning person who mistakes, for example, their Siberian Husky with an Alaskan Malamute, or visa versa. They are hardly alone: Whippets and Italian Greyhounds, Akitas and Shiba Inu, Bernese Mountain Dogs and Greater Swiss Mountain Dogs, Lhasa Apsos and Shih Tzu…….the list goes on of owners for whom a walk in the park, so to speak, ends up being an exercise in patience, albeit teachable moments.

One of the oldest breed clubs in the Netherlands is the Nederlandse Herdershonden Club founded in 1898. Known to English speakers as the Dutch Shepherd Dog Club, the organization protects and promotes short-haired, long-haired and wire-haired Dutch Shepherds. It was this club that developed the first breed standard the same year it formed, and at that time, the standard allowed all coat colors with white restricted to chest and toes.

In 1914, the standard was updated so that only the brindle coloring was acceptable for classification as a purebred Dutchie, and white was forbidden. Sources suggests that this was borne of the desire to distinguish the breed from German Shepherd Dogs (and some of the Belgian Shepherds) because back in the day, the most noticeable difference between the Dutch Shepherd and the German Shepherd was coat color.

There are many sources that delve deeper into the history of color in the Dutch Shepherd, but here we want to touch upon the snapshot difference that is most apparent to the average person, and that is that German Shepherd Dogs tend to be taller and larger than Dutch Shepherds, and can weigh 20 pounds more.

That said, color accounts for a quick first impression.

The Dutch Shepherd’s AKC standard is quite specific: Color: Brindle. The base color is golden or silver. Golden can vary from light sand color to chestnut red. The brindle may be black or a dark brown and is clearly present all over the body and in the ruff, breeches and tail. A small amount of white on chest or toes is permitted. Too much black is a fault, as well as heavy white markings on the chest or feet. A black mask is preferred. Disqualification – Solid white markings elsewhere than on tips of toes, chest, or frosting on muzzle.

Image: K9 Dutch Shepherd by Christine Prosser of CWPPaintings is available for purchase as a giclee here.

One thought on “Mistaken Identity”