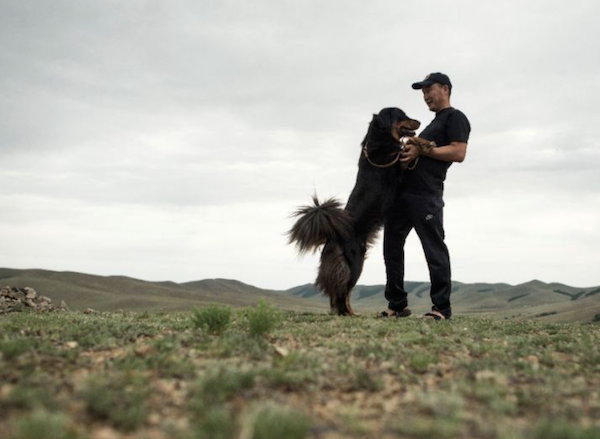 Until the Soviet Union occupied Mongolia, the Mongolian Bankhar had been used for centuries as an LGD (Livestock Guardian Dog). Historically, the Bankhar (said by some to be an ancient landrace, not a breed) was such an inseparable part of the nomadic herder’s life that the traditional greeting when approaching a Mongolian ger was to say “Hold your Dog!”

After the 1911 Xinhai Revolution, however, Soviet troops fully occupied the territory, and the Bankhar’s population dropped precipitously as shepherds came to rely not on the dogs, but on poison and guns to defend their flocks as Mongolia became more industrialized under the Soviet regime. This had a horrific impact not just on the breed, but on predatory species the dogs had managed to control in an environmentally friendly way, such the snow leopard.  Mongolian herders risked losing their stock to native predators, and sometimes had little option but to shoot these animals in order to save their livlihood. With the reduction of Bankhar numbers, the number of endangered predator species such as wolves, snow leopards, brown bears, foxes and eagle also plummeted. Everyone lost. 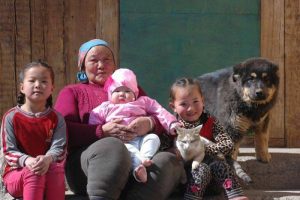 The Mongolian Bankhar Dog Project was founded by Bruce Elfstrom, an American biologist, and you can hear him discuss his project in this TED talk from 2015 below:

You can also see an video taken quite recently here that shows many Bankhar.

If you’re a fan of helping people help themselves, and are looking for a charity that could use your donation, consider the Mongolian Bankhar Dog Project.