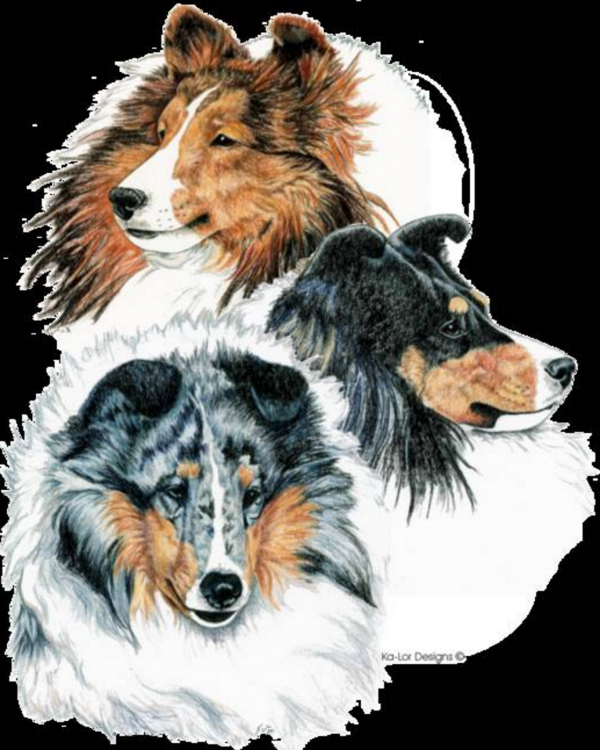 They are just a few of the names of a place where Scotland meets Scandinavia, and the North Sea meets the Atlantic Ocean. You’d know it as the Shetland Islands, Britain’s most northerly outpost.

There’s a Scandinavian lilt to the accents of the locals, and streets with names like “St. Olaf” and “King Haakon” serve to remind visitors that was under Norse rule until 1469 when it was gifted to Scotland in place of a dowry for a Danish princess.

The islands are known, in part, for their miniature animals such as the Shetland Ponies and the Shetland Sheepdog.  Of the latter, it’s been long supposed that part of the origins of the breed can be linked to a Northern Spitz type dog brought from Scandinavia by early inhabitants. One source shares the opinion that because the islands are small and food was scarce, local dogs were naturally downsized over generations by farmers bred who bred smaller sheepdogs to watch over smaller cattle.

Great interest in these dogs was expressed by tourists, and almost any dog from the islands came to be acceptable. Breeders who promoted these dogs later bred Collies with the smaller dogs to instill some uniformity of type and size. It’s said that even today, there can be size variations in a litter owing back to the smaller dogs or to the larger Collie.

In an article by Pat Ferrell, ASSA Historian that once appeared on the American Shetland Sheepdog Association’s site, it was written: “In the UK at the time, these crosses were acceptable provided the progeny was bred back for three generations to a Shetland Sheepdog. After the required three generations, the get would be registered as purebred Shelties. Mary Van Wagenen (Sea Isle Kennels), the first breed historian in the USA, established that the American Shelties had approximately 50% Collie blood. Further undeclared crosses with the Collie are believed to have occurred in the country.”