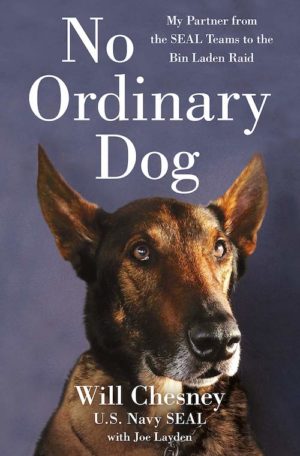 After it was done, rumors swirled around the dog as he was Elvis spotted in Las Vegas two years after his reported death. A popular one was that the dog had titanium teeth that felt “like being stabbed four times at once with a bone crusher” if he bit you. Another was that his were the first feet to touch the ground on the mission that ended Osama Bin Laden, or that his only job was to sniff out explosives or find a hidden room.

The Belgian Malinois named, “Cairo” did not have titanium teeth, but his role in the operation was a little more than sniffing around.  A little after eleven o’clock on the night of May 1st, two MH-60 Black Hawk helicopters containing twenty-three Navy Seals from Team Six – and one Belgian Malinios – took off from Jalalabad Air Field and headed to a house in Pakistan a hundred and twenty miles across the border on a covert operation to kill Osama bin Laden. It was a ninety minute flight.

Some reports say that Cairo was lowered into bin Laden’s compound from the helicopter, but other sources indicate that he and a Pakistani-American translator were dropped off on the ground. Neither is right. The high walls of bin Laden’s compound and the warm temperatures caused the Black Hawk to descend inside its own rotor wash in a dangerous aerodynamic situation known as “settling with power.” They landed, but perhaps more abruptly than was desired. The pilot quickly buried the aircraft’s nose in the dirt to keep it from tipping over, and the SEALs clambered out into an outer courtyard.

Four Seals were responsible for closing off the perimeter of the house believed to hold bin Laden, while seven other Seals moved inside. If the Seals were met with aggression, the Seals –  and Cairo – would respond in kind.

Room by room, the seals cleared the first floor of the main house, and if their target was found, “Geronimo” was the code word they would use to signify as much. Ultimately, bin Laden was indeed was found in a bedroom along with two of his wives. Bin Laden did not surrender, and on the radio of a Seal, the following words were said:  “For God and country—Geronimo, Geronimo, Geronimo.” After a pause, this was added, “Geronimo E.K.I.A.”—“enemy killed in action.”

Will Chesney was Cairo’s handler on the mission, a role he was assigned in 2008. Though Chesney had never been a handler before, he loved dogs and had an instant connection with Cairo. He credited Cairo’s keen senses for having saved both Chesney’s life, and the lives of his team members, on multiple missions.  On one such mission, Cairo was shot by men hiding in an ambush.  Chesney recalled that Cairo got the “bad guys” before the bad guys got Chesney and his men, but not before having been seriously wounded. Chesney worried that his beloved partner would die, but Cairo not only survived, he made a full recovery and would go on to be part of the raid on bin Laden’s compound. 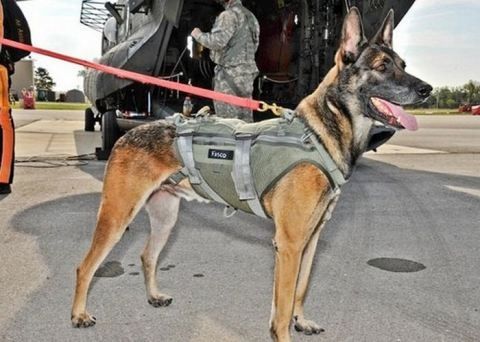 Chesney himself would later suffer a brain injury from a grenade, and he struggled to resume civilian life through waves of depression, anxiety and chronic migraines. He drank to cope.

When Cairo finished his service, Chesney adopted him, and once again, Cairo saved Chesney’s life by helping him through PTSD.

Cairo died a year after he went to live with Chesney, but Chesney never forgot his dog’s legacy and felt he deserved to have his story told. Chesney’s tribute to his friend was published this month, “No Ordinary Dog: My Partner from the SEAL Teams to the Bin Laden Raid.”

“Cairo” was named Time magazine’s Animal of the Year for 2011 which earned his place in history as part of SEAL Team Six.