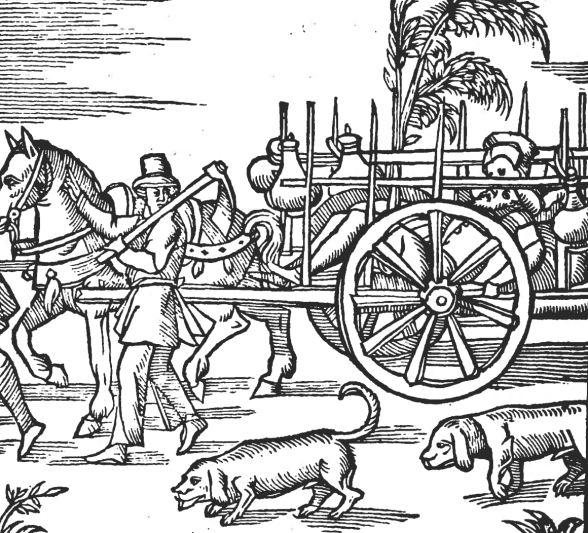 We like to treat our dogs like the aristocrats they think they are, but some breeds really do have a history of noble ownership. Heading towards the French Revolution, the Basset Hound, to name one, enjoyed the attentions of the Second Estate in France, roughly 2 percent of the population that owned land and were privy to a range of privileges. We can thank a few of them for knowing some of what we know today about the breed.

The first mention of “basset” or “low” was written by a French gentilhomme (0r nobleman) from Poitou, Jacques du Fouilloux, a great hunter whose famous book, “La Venerie” (The Hunt) described a hound used to hunt badger.  It was in 1585 that he described a crooked legged smooth coated hound that worked best in undergrowth. Note that in those days, any hound lower than 16 inches was called a basset. 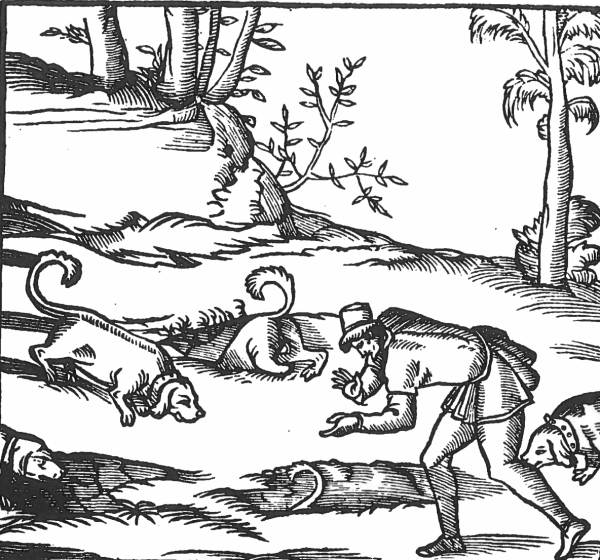 The next significant description of the breed was made by Lord Galway of Serlby Hall in Nottinghamshire, England. When Galway imported two Bassets from the respected kennels of Count le Couteulx de Canteleu in 1866, he wrote a letter to Captain C. Heseltine (later to be associated with the Walhampton Bassets Pack) describing them:

“In July 1866, I was staying at Royal, Puy de Dome, France where I met the Marquis de Tournon and his son, the Comte de Tournon. The latter promised me a pair of Basset Hounds from his pack, which duly arrived in the autumn at Serlby. They were a dog and bitch and I called them “Basset” and “Belle”. They were long, low hounds shaped much like a Dachshund, with crooked forelegs at the knees and with much more bone and longer heads than beagles. They were not the dark tan colour of Dachshunds but the colour of Foxhounds with a certain amount of white about them. They had deep heavy tongues more like Foxhounds than beagles.”

In a brief article, Basset Hound man, Don Bullock, points out something interesting in the paragraph above: Lord Galway capitalized Basset Hound as if he were giving a name to the breed. Bullock writes, “Since the bassets were always referred to as Basset Francais in France one could assume that Lord Galway actually gave our breed its name, but that’s something that can’t be proved inconclusively.”

Basset and Belle produced a litter of five puppies. Lord Galway sold the pack of Basset Hounds he had developed to Lord Onslow around 1872, and in the next ten years, Lord Onslow continued to breed the Bassets he had purchased from Lord Galway and supplemented them with French imports, three of them named Fino, Nestor and Finette.

Another titled personage, Sir Everett Millais, bought a dog at the Jardin d’ Acclimation show, took him to England, and exhibited the dog at Wolverhampton in 1875. This is the first reported showing of a Basset Hound in conformation, and the first time the breed was seen by the general public.  The breed also gained traction in America after another French aristocrat and military officer gifted a pack of Basset Hounds to the man who four years later would become the first President of the United States, George Washington. That aristocrat was, of course, Marquis de Lafayette.

Not long after, a certain Lord Aylesford brought two Basset Hounds to his ranch in Texas in 1883 to hunt rabbits, and another pair went to Lawrence Timson in Red Bank, New Jersey (Maizeland kennels).  One of these dogs, “Nemours,” was the first Basset Hound to appear in a conformation ring in the United States, the dog show being the Westminster Kennel Club show in 1884.

The U.S. Constitution’s Title of Nobility Clause holds that the U.S. government cannot grant any title of nobility, but Americans seemingly created their own “royals” with movies stars, and plenty of big name celebrities were Basset Hound owners. We close with a few of them: George Clooney, Marilyn Monroe, David Arquette, Clint Eastwood, James Earl Jones (the voice of Darth Vader), Shakira, Bob Hope, Rex “My Fair Lady” Harrison, and Arthur Miller who “got the dog” when he divorced Marilyn Monroe. Add Burt Reynolds, Jennifer Lawrence, and Lionel Messi.