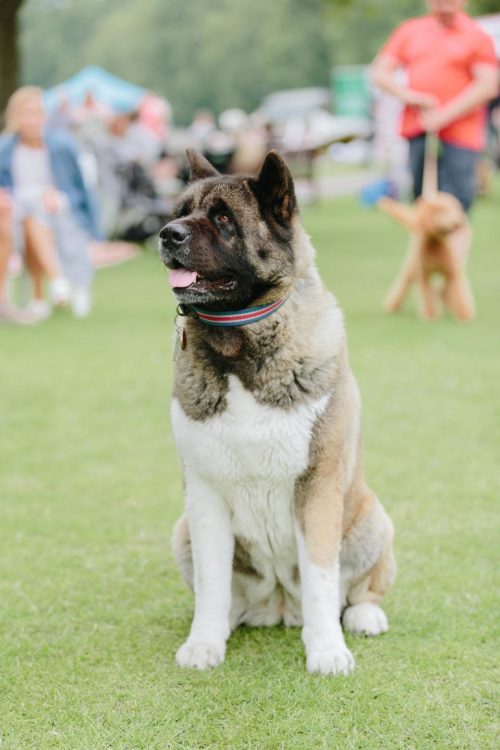 “Not Just Another Pretty Face” is a National Purebred Dog Day feature that has been introducing you to dogs who aren’t just beautiful examples of their breed, but are dogs of achievement. To that end, we’d like you to meet “Flora.”

At the time we were “chatting” with Flora’s owner, Robert Stuhldreer, Flora, a seven year old Akita, was getting ready to go on stage to star opposite Tobias Menzies in the world premiere of the Danish thriller, The Hunt, at the Almeida Theatre,  London’s Theatre of the Year. Stuhldreer is no stranger to the stage. As a dog trainer, Robert train his dogs (and occasionally other people’s) for film, television and theatre work.  His relationship with Flora, however, is not strictly professional. 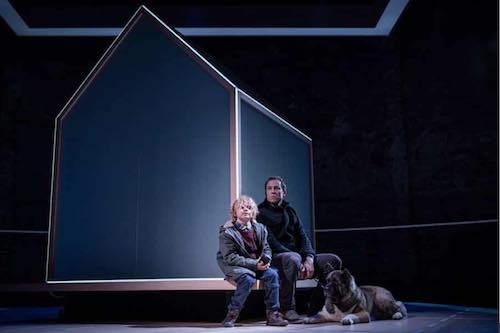 Robert is affected by epilepsy.  Flora has been with Robert since she was 8 weeks old, and from a very early age, she accurately picked up on the precursors of epilepsy and gave Robert very clear indications that he was about to have a seizure.

Working with the fabulous organization, Canine Generated Independence (CGI), Robert and Flora did all the examinations for Flora to qualify, and upon her passing them with flying colors, Flora became the first (and thus far, only) Akita in the United Kingdom to qualify and actively work as a medical alert dog.

Flora has been an amazing Ambassador for her Akitas. She and Robert have actively, positively and responsibly promoted the breed at national events like the Kennel Club’s Discover Dogs, the National Pet Show, the London Pet Show, DogFest, the Japan Matsuri, and the Animals in War Remembrance Gathering. They have also been working with the Government to help formulate a gold standard Public Access Test for all Assistance Dogs in the UK.  As Robert points out, some organizations have robust Public Access Tests, while others really don’t.  It has been really hard work, but Robert and Flora are getting there.

Last year Flora was honored with the RSPCA Animal Award. She has previously received a Commendation for her Devotion to Duty from the Director General of the PDSA, a Commendation from the Prime Minister, and a letter of congratulations from Her Majesty the Queen. 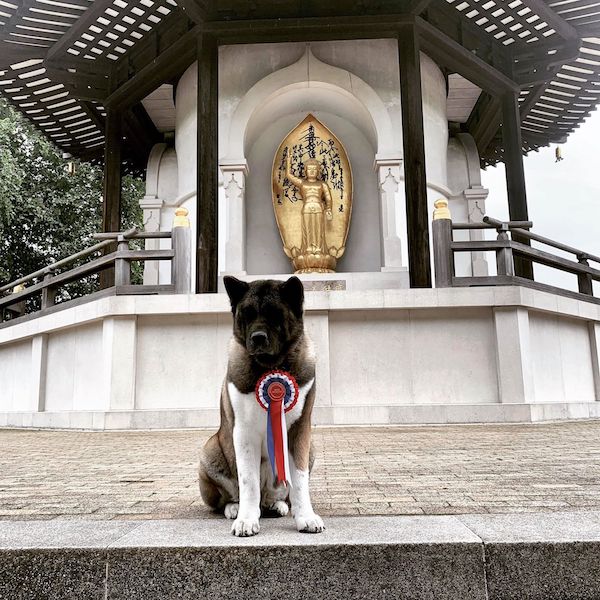 As it happens, Flora also is a pretty face. She has won her class at Crufts for three consecutive years, and has her ShCM (Show Certificate of Merit).

Actor, Service Dog, Ambassador, and Show Dog. Flora has proved that she, and plenty of other purebred dogs, aren’t just pretty faces. To see the other dogs in our series, simply do a search on our site for “Not Just Another Pretty Face.”