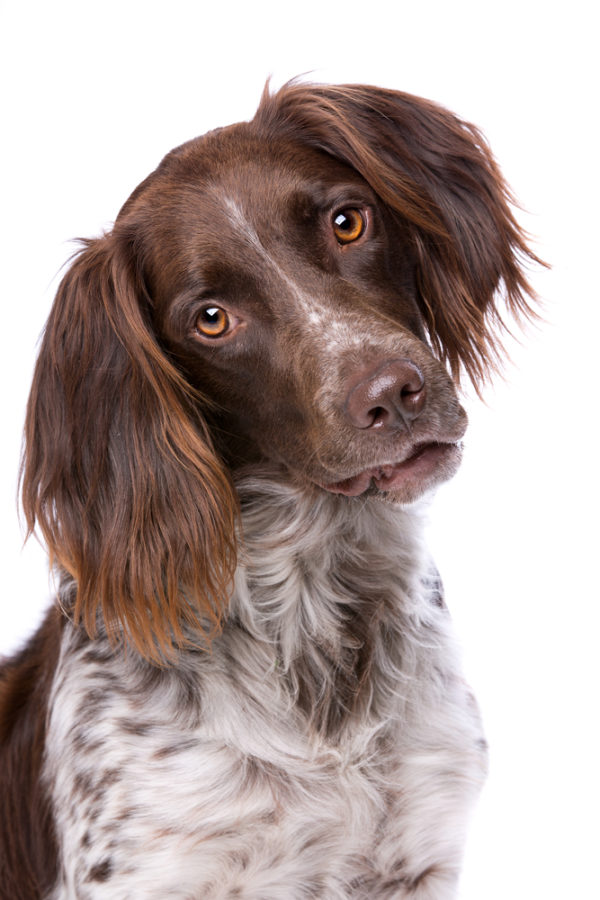 The smallest of all the German gun dogs is the Small Munsterlander, a breed that in another day and age would have been called a “continental breed.” Continental breeds, versatile hunting dogs found outside the British Isles, were expected to do it all. Well suited for a variety of game, the Small Munsterlander can also track big game. Off hunting season, they can also be used for agility, obedience, retrieving and hunting tests or trials.

Like the Large Munsterlander, the breed got its start in the early 1900s in the town of Munster by crossbreeding German longhaired pointers andspaniels. It became especially popular with hunters who sold game and needed a “meat dog” who had an exceptional memory for locating downed birds, strong pointing instincts, and the endurance to run for hours.

Over 4,000 members belong to the Small Munsterlander Club in Germany which requires each dog in a breeding program to be tested by the standard of the NAHVDA. For the dog to earn approval, it must win a Prize I in the Natural Ability test before it’s two years old.